Master's studies in the USA

To be completely honest with you all, I simply did not have the money to study master's in the United States. However, after reading the reviews I realized that American higher education is different and in a good way, especially when it comes to master’s studies. Of course, everything is relative, but a person who received a bachelor's degree at a university which is included in the top ten (for some states — even a hundred) of his native country may count on admission to a US university, even if it is a university from the famous "Ivy League". I devoted myself to "charging" Harvard. 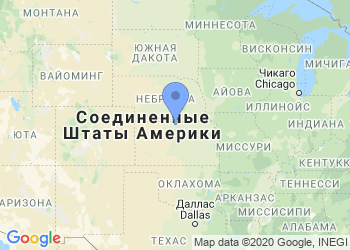 I have always enjoyed doing science. I had a degree in computer and network security, was an excellent student, participated in research and publication of articles on cryptography. While studying at home, I learned about the existence of the Fulbright Scholarship, which is awarded to students who want to get a master's degree in the United States, but do not have the financial ability to do so. The Fulbright Scholarship is a government-funded international student assistance program funded by the US government. It is rather difficult to obtain this scholarship, especially for those who do not yet have a bachelor's degree, since a diploma is one of the documents that must be submitted to the commission. However, I didn't want to waste any time.

What was required to receive a scholarship in the USA?

Knowing that it takes about a year to review the documents, I applied after my third year of bachelor's degree. As it turned out, the lack of a diploma could be compensated by written recommendations from my teachers, who officially confirmed that I was an excellent student and would definitely receive a diploma. I have attached these letters to my scholarship application. Also, the package of documents included the certificates I received for participating in scientific conferences, my articles, an autobiographical essay (resume) and a motivation letter. In my case, the letter played a particularly important role, since I did not have a diploma on hand yet. To convince people from the fund, more importantly convince them in English, that I deserve a scholarship, I had to spend countless sleepless nights reflecting and writing.

The second stage was the interview. To pass it, I was invited to the capital, where a special commission from the United States also arrived. I read and write well in English, I understand it well enough, but I have some issues with pronunciation: I didn’t have much language practice at a time. However, the members of the commission who interviewed me were very friendly. I was asked about the things I was working on, and about my scientific interests. The questions were easy enough, and since I tried to answer them as clearly as possible, I managed to get into the third round.

In the third round, I had to pass the tests TOEFL and GRE: an exam in mathematics and a cognitive test. The results of this round were counted as the entrance examinations to Harvard. Even if I didn’t apply for a scholarship, all of the above documents — resume, letters of recommendation and letter of motivation — I would have to submit to the Harvard admissions committee before December 1st.

Apply for a scholarship

Difficulties of admission to Harvard

Although I passed the TOEFL and the math test relatively easily and with high scores, the cognitive test turned out to be quite difficult for me. It tests logical reasoning, intuition, and visual thinking. For example, an excerpt from a newspaper is given, which describes an uprising in some state. It is required to determine with whom the journalists side: the government or the rebels. Or the situation is being considered when a new highway is being built in a provincial city with a certain living wage and they are going to increase tariffs for public transport. It is necessary to answer the question of whether or not it is reasonable to raise the prices. Fortunately, I passed this test too. I was admitted to Harvard!

The cost of tuition at Harvard for a master’s student

Master's degree at Harvard is a rather expensive undertaking. You need to study for two years. The training itself costs approximately 42,000 USD per year. Additionally:

The scholarship covered only my studies, I was given about 1,000 USD per month, everything else had to be earned. Fortunately, in case of excellent academic performance, a computer programmer in the United States can earn 10,000-15,000 USD in three summer months (if, of course, he finds a job in a reputable company). The summer part-time job came in handy for me, because it was simply unrealistic to work during the academic year. The workloads were very intense.

What were we taught at the master's degree in the USA?

The first year mainly standard subjects were offered: operating systems, theory of algorithms, databases. In the second year, students had the opportunity to choose subjects that correspond with their interests and the chosen specialization. This approach can be logically justified like this: first, the student must study a certain necessary minimum (very extensive, I must say), and then make a choice in favor of a highly specialized field (for example, I was always interested in information security and, in particular, cryptography).

A Harvard graduate student is required to participate in scientific research in addition to his studies. Even during my first year, I literally didn't have a second to spare. There was a lot of material, and it was not possible to learn everything at once. A flurry of new information literally bombarded me from each side. I consoled myself only with the fact that "all of it will bear sweet fruits eventually" With such a pace of learning, there was practically no time left for social life. Even if you really like the process of studying, sooner or later the workload will weigh you down. Burning out is quite common at Harvard.

But I have no complaints about the quality of knowledge. The technical base is really top of the line. All the equipment we worked on was brand new. We were constantly introduced to the latest developments in the field of computer technology. The intelligent combination of theory and practice is the hallmark of the Harvard educational process.

Who teaches and studies at Harvard?

People who work in the most famous corporations often conduct workshops. Among our teachers there were already a huge number of practitioners, real professionals who took part in the development of operating systems and DBMS. Some lectures were given by people whose names I knew from the books they wrote. These were truly internationally recognized professionals.

Another advantage of the educational process is the huge number of smart, purposeful people. In order to be on an equal footing with them, you have to take your studies extremely seriously.

I especially enjoyed studying with Indians. They are very smart, but at the same time friendly and sociable. The Americans, on the other hand, keep to themselves, they generally stay away from foreigners. However, everyone at Harvard understands the importance and necessity of teamwork. Here you feel especially strongly that today only a team of professionals can achieve real success. Therefore, simultaneously with leadership qualities, students develop execution skills.

In general, Harvard quickly became part of our identity. We are all proud to study here. However, it is not that easy to study at a university filled with "the best of the best" to the brim. Those who used to be a big fish in a small pond suddenly realize that there are those who are doing the same things as they do, but only better. In such a competitive environment, simply trying harder is no longer enough. Even if you were the best at your previous university or school, be prepared for the fact that at Harvard you will turn from a princess into a pumpkin.