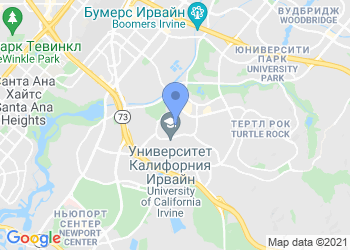 Nestled in one of the most beautiful, vibrant regions in Southern California, the University of California, Irvine is ranked the 14th best public university in the United States and the best comprehensive university under 50 years old in the world. Since its founding in 1965, the university has continued to gain prestige for its superior academic programs and contributions to cutting-edge research. Its world-renowned reputation has also attracted faculty members from the top of their fields, including three Nobel Prize winners. Increasingly a first-choice campus for many students, UC Irvine prides itself as a center for quality education that fosters students’ passion and enthusiasm for knowledge. The city of Irvine, ranked as one of the safest cities in the nation, is located within the heartland of The O.C. (Orange County), a dynamic and fast growing environment close to the Pacific Ocean, many theme park attractions, and spectacular beach resorts. The O.C., serving as the fifth most popular county in the United States and between Los Angeles and San Diego, is located near many world famous beaches (including: Laguna Beach, Huntington Beach, and Newport Beach), a dynamic business and tech-savvy community, and beautiful mountain ranges.