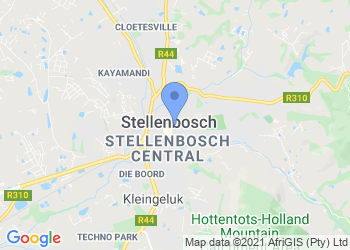 With roots going back to 1866, Stellenbosch University is one of the oldest universities in South Africa. A century-long tradition of quality teaching and research has ensured the University a place among the finest academic institutions in Africa. The University offers Semester in Stellenbosch programmes (Exchange; Study Abroad), a Summer School, Postgraduate and PhD programmes in English. Stellenbosch University is a fully accredited classic university with 10 faculties: Arts, Economic and Management Sciences, Education, Science, Agricultural and Forestry Sciences, Health Sciences, Military Science, Law, Theology, Engineering. It has a student body of over 22 000 of which more than one third is postgraduate students. The number of international students has increased substantially since 1993 to over 1900 students from more than 70 countries currently enrolled at the University. Stellenbosch is a research-intensive university with a long history of pure and applied research across a large range of disciplines. It is at the forefront of basic and applied research and through partnering with the industry and government has become a benchmark for research excellence.

Stellenbosch University (SU) is a public university located in the Cape Town metropolitan area with all the advantages of a classic university town. It has four campuses. The main campus is in Stellenbosch, a historic town (est. 1679). The medical and business school campuses are in the city of Bellville, and the military school is in Saldanha. SU is a research intensive university with 36% percent of its enrolments at the postgraduate level and the largest research output (per full time equivalent staff member) and the third largest in terms of total research output among universities in South Africa. As a public institution of higher education SU is governed in terms of the Higher Education Act (101, 1997) and the Statute of Stellenbosch University. In 2010 Stellenbosch University (SU) had 27694 students (10043 postgraduate) and 2567 staff members (835 teaching and research staff members, 1457 administrative and technical staff members and 275 service workers). The University has ten faculties: Arts & Social Sciences, Science, Economic and Management Sciences, Medicine, Engineering, Agricultural Sciences, Law, Theology, Education and Military Science. The raison d’être of the University of Stellenbosch is —  to create and sustain, in commitment to the academic ideal of excellent scholarly and scientific practice, an environment within which knowledge can be discovered, can be shared, and can be applied to the benefit of the community. With its 2012 vision statement, Stellenbosch University commits itself to an outward-oriented role within South Africa, in Africa, and globally. Stellenbosch University:-Is an academic institution of excellence and a respected knowledge partner-Contributes towards building the scientific, technological, and intellectual capacity of Africa -Is an active role-player in the development of the South African society -Has a campus culture that welcomes a diversity of people and ideas -Promotes Afrikaans as a language of teaching and science in a multilingual context Historical overview Stellenbosch, the country's second oldest town (after Cape Town), has from very early on had a significant involvement in the history of education in South Africa. As early as 1685, when the Dutch Reformed Church founded its second parish here, a beginning was made with regular school instruction. By the 1840s the Cape Colony was operating a system of centrally controlled Public Schools. Under this system, Stellenbosch was recognized as a divisional centre for education. In 1866 under the new Education Act the local Public School was reorganized as a First Class Public School, also to be known as the Stellenbosch Gymnasium. In 1873 the then Board of Examiners was replaced by the Examining University of the Cape of Good Hope. This new university set steadily increasing standards, thereby creating a demand for more advanced teaching. To help meet the new demand, the Stellenbosch Gymnasium in 1874, under the Higher Education Act, set up its own professorial division. This, called the Arts Department, may be regarded as the germ of the present Faculties of Arts and Science. In 1879 the town of Stellenbosch celebrated its two-hundredth anniversary; in commemoration it was resolved to erect a large and suitable College building to house the Arts Department. Sir Bartle Frere, visiting Stellenbosch at this time, took a warm interest in the project, which he promised to recommend to the government. The Prime Minister, Sir Gordon Sprigg, supported the proposal, and Parliament voted £3 000 towards the cost of the new building, conditional on a like amount's being raised by public subscription. The foundation stone of the new building was laid by the Administrator, Sir George Cumin Strachan, on 22 December 1880. In 1881 the Arts Department received its charter as a College, and by a special Act of Parliament the status and the constitution of the Stellenbosch College were conferred upon it. It was provided at the same time that the Gymnasium should remain under the control of the College Council. The new building was completed and taken occupation of in phases. The formal opening took place on 6 November 1886. In 1887, the jubilee year of Queen Victoria's reign, Her Majesty consented to the College's name being changed to the Victoria College of Stellenbosch. The creation of a university at Stellenbosch was made possible by Mr Jan Marais of Coetzenburg; to the cause of higher education at Stellenbosch, he had magnanimously bequeathed the sum of £100 000. The University Act, by which the Victoria College became an independent university, with all its privileges and duties, was passed by the Union Parliament in 1916. The University Act, replacing the Victoria College by the University of Stellenbosch, came into effect on 2 April 1918
Подробнее