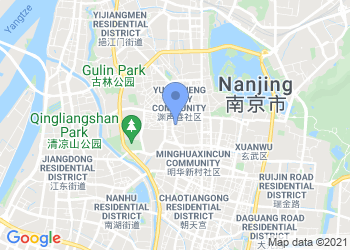 Founded in 1902, Nanjing University （NJU） was known as San Jiang Normal School. During the following decades, it evolved as Liangjiang Normal School, Nanjing Higher Normal School, National Southeast University, the Fourth Zhongshan University, and National Central University, National Nanjing University. The name was changed to Nanjing University in 1950. In1952, due to the nationwide reconstruction of colleges and universities, NJU'S some academic units such as the School of Engineering and the School of Agriculture were separated from the University. Meanwhile, it merged with the School of Liberal Arts and the School of Sciences of the University of Nanking founded in1888. Its name remained and became a comprehensive university mainly focused on fundamental teaching and research in arts and sciences. In 1994 NJU was selected among the first group of Chinese Project 211 universities, in 1999 among the first group of 9 Chinese universities selected for Project 985, and 2009 as a member of C9 （Chinese Consortium of 9 Universities）. Today, there are 28 Schools containing 75 departments in NJU. Among 4800 faculty and staff, there are 2228 full-time faculty members, among whom 29 are Academicians of the Chinese Academy of Sciences and 3 Academicians of the Chinese Academy of Engineering, 4 members of the Third World Academy of Sciences, 1 member of the Russian Academy of Sciences. Currently, it has more than 30,000 full-time students, offering 86 undergraduate majors, 164 master programs, 150 doctoral programs and 28 postdoctoral research stations. NJU now homes 12 National Bases for Basic Sciences Research and Education, 4 Bases for Humanities and Social Sciences Research, 43 National Key Disciplines,1 National Laboratory of Microstructure (to be completed) and 7 State Key Laboratories of Science and Technology. NJU is very active in international cooperation and academic exchanges. So far, it has established partnership with over 260 institutions of higher learning in the world's 30 countries and regions. Annually 30% of NJU undergraduates study abroad, and over 3000 oversears students come to study in NJU, including 1,300 degree-seeking students. Up to now the university has sent more than 8,000 faculty members and staff abroad for further study and academic visits, and has also invited more than 3,000 foreign scholars and specialists to give lectures and conduct cooperative research. NJU has never ceased its efforts to explore new models of international cooperation. Such efforts resulted in the founding of the Centre for Chinese and American Studies(with the Johns Hopkins University, US), the Sino-German Institute for Law Studies (with Goettingen University, Germany), and the Centre for Chinese and Japanese Studies (with University of Tokyo, Japan) among others. The Institute for International Students, founded in 1955, has graduated more than 18,000 international students from over 70 countries. Meanwhile, an International College has been established, offering joint degree or dual-degree course programs for Chinese students such as “Sino-Canadian College” and “Nanjing-New York College” jointly established with University of Waterloo and the State University of New York. The vision of NJU is to build itself as a world-class university characterized as research-intensive, comprehensive and international, and thus it will play a more prominent role in China’s rise in the 21st century.
Подробнее