The University of Salford 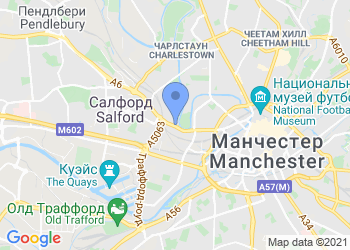 Application process and the cost of tuition. The admission process has multiple requirements, the most important of which is the applicant’s previous academic performance. The academic year is traditionally divided into semesters. The cost of tuition for the bachelor’s programs is around 15,000 USD per year. Those who wish to get their master’s degree here should be ready to spend at least 11,000 USD per year. A wide range of online courses is available for the students of The University of Salford. For more information you can visit the official website of the university http://www.salford.ac.uk.

The University of Salford - Official Description

University of Salford The University is widely regarded as one of the UK's leading enterprise universities and is famous for its links with industry, commerce and the arts General Information Situated on a green riverside campus, the University of Salford currently has 20,000 students, including over 3,500 students from more than 130 countries around the world. The main university campus is located less than three kilometres from the centre of Manchester, only 16 km from Manchester International Airport, and just over 2 hours from London. Not only is Manchester home to the largest student population in Europe, but many nationalities and ethnic groups from around the world have made Manchester their home, creating a richly diverse, open-minded, multicultural society with an inviting spirit and a vibrant international buzz. Scholarships The University believes in giving our students the best support we can. From September 2010 we will do this by offering one of the biggest scholarship schemes in the UK. With a total value of over 3 USD.5 million and awards worth up to 6,866 USD our students can concentrate on achieving their career goals not their bank balance. To find out more see http://www.salford.ac.uk/international/scholarships. Graduate Employability The University is widely regarded as...