Universities in Canada are seen worldwide as prestigious educational institutions, along with the universities of America and the United Kingdom. Among the distinctive features of Canadian universities are practical orientation, high levels of funding and up-to-date facilities. There is no national system of higher education in the country, so one can differentiate 13 systems, adopted in 10 provinces and 3 territories of Canada. Universities vary greatly in admission requirements, the language of instruction and even the duration of programs. 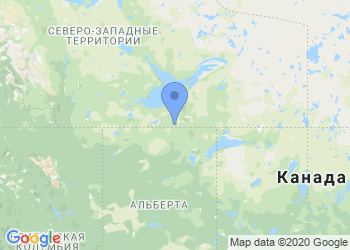 Information is exploratory. For accurate information, refer to the official website of the school.
Advanced search
Showing 1-15 of 379 items.

Disadvantages and features of Canadian universities

Admission requirements in Canada vary, depending on the institution. Usually, international students can apply to a college or university after 11-12 grades of secondary school (except for the province of Quebec, where a high school diploma achieved after 11 years of study is not sufficient for admission to a local university). The minimum entry age for higher education in Canada is 17-18.

Each foreign applicant has to demonstrate basic language proficiency. To study in English, you can submit TOEFL or IELTS results. For French-speaking universities, DELF / DALF is required.

An important step before entering a Canadian university is academic credential assessment and recognitionfrom a few weeks to a few months. Each educational institution has the authority to independently decide on the recognition of a candidate’s qualifications, but not all universities in Canada have the capacity to assess them. In this case, students can call on external services which can be provided by six members of the Alliance of Credential Evaluation Services of Canada (ACESC). The application fee is about 113 USD. It is usually required to provide scanned copies of government-issued identification (ID) and academic documents. The latter may include: The complete list of required documents depends on the country and is available on the websites of the organizations. Any documents that are not in either English or French must be translated and certified.

Types of educational institutions in Canada

Higher education in Canada is provided by colleges and universities. However, understanding of these types of educational institutions is a bit different from that adopted in many other countries.

Based on the language of teaching, higher education institutions can be divided into three categories: anglophone, francophone and bilingual. In English-speaking universities, undergraduate studies generally last 4 years and graduate (or postgraduate) programs — 1-2 years. In French-speaking universities, located mostly in Quebec, undergraduate programs take 3 years to complete due to the fact that Quebec students usually spend one extra year at CÉGEP prior to university. Bilingual universities mainly function as English-speaking ones.

The main difference between colleges and universities is that college students rarely engage in research activities. Teaching is fully focused on providing them with specific employment skills. Students benefit from internships and co-opco-operative programs, which allow work experience as part of their educational process.

Canadian colleges may be known as colleges of applied arts and technology, community colleges, institutes of technology, polytechnics and career colleges[3]. In total, they offer over 10,000 programs lasting from several months to four years, providing graduates with a straight path to employment in many technical and professional fields, including: agriculture and agri-food, engineering technology, social services and health, environment, hospitality management, information technology, broadcasting and journalism, business, languages and art and design[4].

Public and private universities in Canada

In Canada, as in many countries, universities are divided into public and private. Most Canadian institutions are currently funded by the government while remaining autonomous in academic matters. In turn, private universities rely solely on tuition fees and donations. Most of them offer undergraduate programs and in some cases, master's and doctoral programs.

Quality of education and the educational process itself do not vary much depending on the type of institution. The main (but not unconditional) differences between them are the following:

Scholarships provided by the government and independent organizations are not so widespread. And most of them are designed for students of postgraduate programs. For instance, Banting Postdoctoral Fellowships and Canada Graduate Scholarships — Master's Program, Anne Vallee Ecological Fund.