A-Level is part of compulsory general education program in England, Wales and Northern Ireland. It is designed for students of 16-18 years old and usually takes the last two years of school or college. At the end of the program, graduates are issued a General Certificate of Secondary Education (GCSE) Advanced Level, which will allow them to go to university. 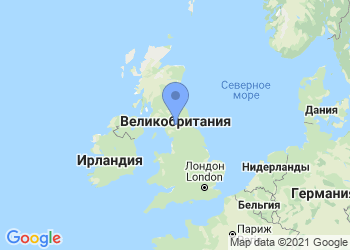 The program consists of two parts: Advanced Subsidiary (AS) for the first year of study and A2 (AL) for the second. Starting in 2015, AS subjects are not taken into account in England when issuing the final A-Level certificate, but this does not mean that they are useless: AS qualification can give additional points when entering a university.

Students choose the disciplines (usually 3-4, extremely rarely 5) that they need for further admission to a UK university on their own. When moving to the second year, students can remove one or two extra disciplines, leaving only three. In this case, the student will receive the AS qualification in these subjects, and the other three will transfer to level A2 (AL). The student will take exams in A2 subjects at the end of the second year of study.

The final A-Level exams last from May to June, the results are announced in August.

The grading system of A-Level

A-Level has letter grading: A*, A, B, C, D, and E. Students who fail to get the minimum score receive a U (unclassified grade).

British universities usually set three-letter combinations (AAA, ABB, etc.) in their entry requirements, indicating the desired grade for the core subjects. In addition, universities can have criteria for specific disciplines: for example, a student needs to get an AAA, and two of this As should be for physics and mathematics.

Today, there are many opportunities to enroll in A-level programs

Requirements for admission to the A-Level program

Admission may require the following documents:

Many universities conduct additional interviews or arrange their own entrance tests, most often including mathematics and English, as well as a submission of a written essay.

Options after completing the A-Level

Application to UK universities is curated by the UCAS (the Universities and Colleges Admissions Service) system, which offers graduates several options for further action depending on the grades received:

To validate the GCE with A-Levels in Germany, certain conditions must be met.

Regardless of the chosen specialty:

When applying for a certain subject area, the following is required:

Admission to US universities

Most American universities accept A-Level results. The grades obtained for the exams can be roughly translated into the Grade point average (GPA) system used in the USA.

Some universities give A-Levels graduates from 6 to 10 additional credits or accept the passed English exam as a language certificate.

It is worth considering that the majority of American universities require passing SAT or ACT, which plays a much larger role in the admission process than the results of A-Level exams. Universities that do not require international students to pass SAT / ACT include New York University, Chicago University, Boston University, University of Rochester, George Washington University, Bard College, and several others.

Dutch universities recognize A-Levels as entrance exams. However, many of them require the delivery of six items: three at the A-Level and three more at the GCSE base level. The results of A-Level exams can be roughly translated into the system adopted in the Netherlands as follows:

Ratio of IB and A-Level scores

According to UCAS rules, about a third of British universities practice digital conversion of grades, so some universities place requirements in the format of a unified system of tariff points. Keep in mind that the university has the final say, so there is no direct link between the IB and A-Level scores. The approximate conversion of scores for exams to the UCAS system is presented in the table: