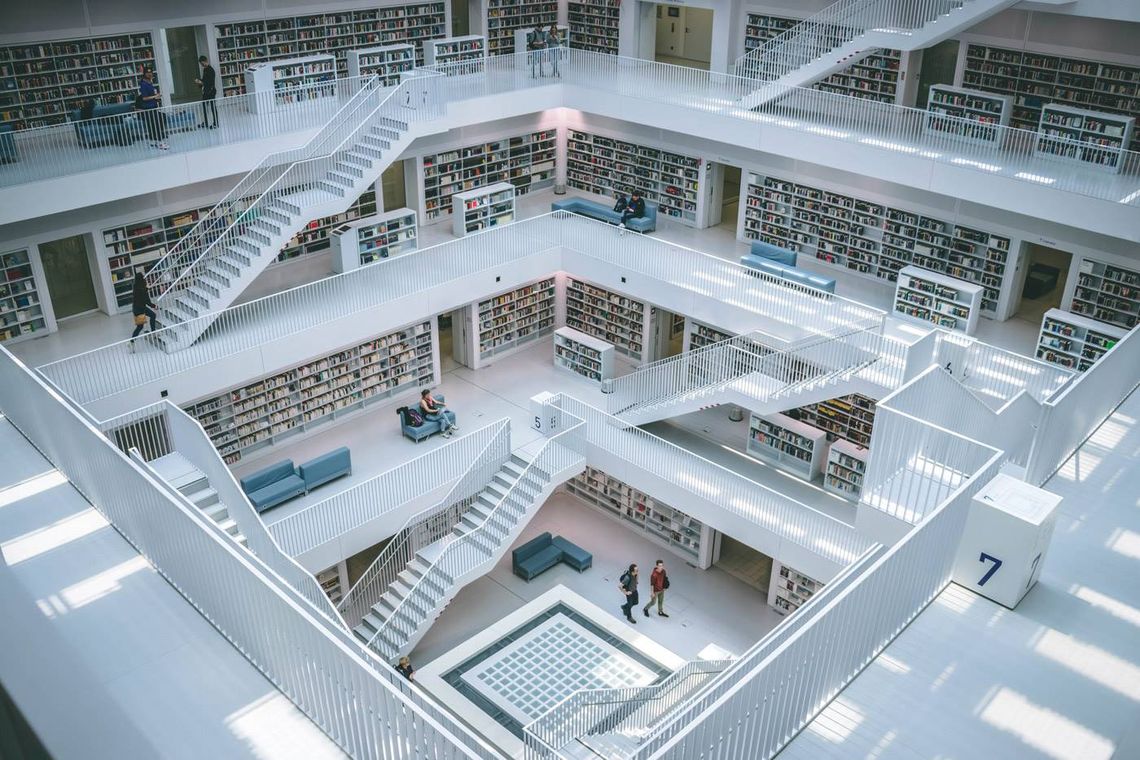 The list of highest-paid jobs is constantly changing. The lucky ones who earn the most are determined by the market. It reacts swiftly to changes in the economy and the society, so every year fresh specialists come, ready to solve new problems. Meanwhile, those whose skills are no longer needed leave.

If you want to become a highly paid specialist, pay attention not only to how well a job is compensated at the moment but also to the experts’ predictions about its future. Remember that the salary for the same position differs from country to country. This is influenced by the standards of living, the economic development of the region, and the needs of each individual state. In countries where spacecraft are built, an aerospace engineer gets more, and where there are many medium and large businesses — a corporate lawyer does.

Highest paid professions in the world

Why do some jobs pay more than others

The formula for high wages is usually easy to explain. The longer a person studies, the more dangerous and responsible their position is, the more they get. But this logic doesn't always work. Let's look at several professions and find out why their representatives receive so much.

Studying to become a doctor usually takes eight to ten years, which is already twice as long as for the rest of the specialties. The cost of tuition in medical programs is also two to three times higher. For example, in the United States, a year in an ordinary Bachelor's degree program costs an average of 30,000 USD, and in a medical one — 62,500 USD. After receiving a degree, specialists undergo an internship for at least two years and only then do they get the right to work in a full-fledged position. Somewhere it takes even longer, for example from 3 to 8 years in the USA — the so-called residency. Therefore, the cost of long education and living expenses are generously covered by salaries in many countries.

Another reason is how indispensable the profession is. People need medical help any time of the year or day, so doctors should always be on standby. In all areas of medicine, work is stressful, and mistakes are costly.

Very few people can do the job of a general manager well. Google, for example, has about 83,000 talented employees, but only ten directors lead them.

Is their level of payment fair? Some believe that general managers bring in millions or even billions of dollars for the company, so their income is justified. But for the rest, such an explanation is unconvincing, because the value of the company is formed not only by directors but also by its employees.

In large companies, there are usually five to ten top managers — each responsible for their own direction of work. These specialists monitor everything that happens in their area of ​​responsibility: they make development plans, oversee their implementation, make decisions about closing or transforming a department. In addition, such people know the company well and understand how their decisions affect other areas of work. General managers have a very busy schedule: their whole day is scheduled with business meetings, business trips, and events.

For most lawyers, the salary is close to the national average. The top-10 highest-paid professions include only those lawyers who protect the rights of large firms or wealthy clients. Their income level is associated with high competition in the industry. Companies often look for university students — they check the university students’ rankings and make job offers to those who are at the top. Low-ranking students run the risk of not getting a good position at all.

To get higher education in the field of jurisprudence, you’ll need to pay more for tuition than in other specialties. But this is far from the most important reason why the salaries of the best specialists are so high. Lawyers work a lot, and when working on complex cases, they can even live in the office. Large companies are ready to generously pay for the work of professionals in order to ensure their legal security. Therefore, they create conditions that will make a specialist want to work for them for a long time.

Air traffic controllers ensure the safe movement of aircraft. They make daily flight plans and give permission for takeoffs. Each specialist constantly stays in touch with the pilot to prevent any risks. Therefore, serious requirements are imposed on them both in terms of training and personal characteristics — the air traffic controller must be stress-resistant, be able to concentrate, and make quick decisions in dangerous situations.

An air traffic controller acquires most of the skills during practice, so immediately after university, it is impossible to get a job in this responsible position. The actual profession is obtained after four years of undergraduate studies and three years of practice.

There are industries where the market value of goods produced is high despite the low labor costs[1]. This explains the phenomenon of high wages in the oil industry.

By profit-per-hour ratio, extraction of minerals and fossil fuels is more economically profitable than doing anything else. Getting an education as a petroleum engineer is not that difficult. As a rule, the competition and the entrance threshold are low. Usually, it is enough to study for a bachelor's degree, but some specialists study for a master's.

As a rule, data processing specialists are hired by large digital agencies, banks, settlement depositories, and consulting companies. It is not so difficult to become one — many online platforms offer to teach a student the basics and help them find a job in a year or two. The profession is also taught at universities, in Master’s degree programs. The career starts in the junior positions, and even entry-level workers tend to make more than the national average. In Australia, junior data scientists receive 5,300 USD, in the USA — 9,375 USD, and in China — 3,840 USD. At the top of the career ladder are the positions of managers in the field and senior specialists.

Engineering graduates usually earn one and a half to two times the national average. For example, in the United States, a bachelor receives an average of 86,000 USD, and a PhD graduate receives 115,000 USD per year. This is due to the fact that the success of the mission and the life of astronauts depend on the work of an aerospace engineer.

The specialist is constantly learning and mastering new technologies in order to design the most advanced machines and structures. While still at university, they have to study not only physics, but also programming, technology, equipment, and learn to draw and understand blueprints.

When we learn about the highest paid professions we, most likely, wonder how well they suit us. Research shows that career expectations and goals depend on our gender upbringing[2]. In this section, we'll take a look at how many men and women are represented in prestigious industries. Also we will find out whether certain types of activities are really better suited for members of one particular sex. Finally, we’ll discover how the salaries of men and women differ.

In conservative countries, gender bias in professions is strong, and in relatively liberal countries, it is more moderate. For example, females represent 58.3% of all doctors in Finland, and in Japan — 20.3%[3]. On average, across OECD38 countries, mostly EU participants countries, this figure reaches 46.1%. In the table below we compare the proportions of women in different occupations in Russia, Japan, the USA, and Germany.

Most prestigious occupations are dominated by men. But these are not the most illustrative cases. In the electronics and auto mechanics industry in the UK, the prevalence of males reaches 99.19%[4]. Other occupations with similar gender proportions in the United Kingdom are:

There are also professions that are considered "typically female." They include:

Meanwhile, the most balanced in terms of gender proportions are the jobs in marketing (50.31%), teachers in universities (50.44%), and accountants (52.06%). Despite the fact that the data was collected by a recruiting agency in the UK, similar trends can be seen in many other countries.

Why are the professions divided into "female" and “male”

Is it true that most women, by definition, cannot become excellent welders, and men cannot become nurses? Research confirms that gender segregation of occupations is just a tradition[5]. Most parents buy dolls for girls, and boys are given cars. In fairy tales, a brave prince overcomes trials, and a beautiful princess sews, cooks, and helps animals and the poor. Because of this, the child develops stereotyped beliefs by kindergarten[6].

The opinion that the abilities for a particular task are predetermined by the sex of the child is nothing more than a myth. Scientists have found that children under seven years of age have the same results in mathematics tests — there is no division by gender there. But the picture changes at a later age[7]. Therefore, the fact that girls are worse at solving equations, and boys are less likely to write good essays is a consequence of, not a reason behind the gender division of labor.

In the US and European countries, women earn 16% less than men[8], and globally — 46%[9]. Some explain this by the fact that women simply work less or do not work as efficiently as men. Is that truly so?

Why are men's and women's wages different

In the UK, men and women work 51 and 50[10] hours, in the USA — 41.0 and 36.3[11], and in Russia — 40 and 38.5[12], respectively. As you can see, the difference is minimal. Moreover, the statistics are correct only if unpaid household chores are not taken into account. For example, historically, women have been more likely to cook, clean, and take care of children. And for this, they do not receive money. Research confirms that this reduces women's motivation and their desire to pursue career success.

The graph shows how much time both sexes spend on paid and unpaid work.

In the United States, women work 11% less, while their wages are as much as 16% lower. At the same time, research from the World Economic Forum (WEF) shows that women are more productive than men in the workplace[13]. The WEF measured the effectiveness of 3,000 people of both sexes. By the end of the experiment, it turned out that the women completed the tasks 10% faster. But why is their salary lower? An American economist Laura Tyson explains this phenomenon by historical discrimination, which has survived to this day[9]. Reasons why inequitable pay divisions still exist:

But how can women earn money if all prestigious positions have been taken by men, and it takes too long to wait for the destruction of stereotypes? We have selected highly paid specialties, where women make up more than a third of the employees.