Application process and the cost of tuition. For evaluation the university uses the applicant's academic performance and examination results. After submitting the required documents more then (70 percent of applicants receive their letters of acceptance. Keep in mind that when applying to UNN the ratio of accepted students may vary depending on the popularity of the chosen program. Traditionally the academic year is divided into semesters like in many other universities of Russia. Foreign students who wish to obtain their bachelor’s at Nizhny Novgorod State University named after N.I. Lobachevsky will be happy to know that the cost of some programs can be as low as 1000 USD per year. The university has affordable master’s programs for as low as 1000 USD per year. Despite the tuition gees being quite low, the students often participate in scholarship programs. Not everyone can study full time, so Nizhny Novgorod State University named after N.I. Lobachevsky offers such students a wide range of online programs. More information could be found on the official website of the university http://www.unn.ru.

The composition of the university. Nizhny Novgorod State University named after N.I. Lobachevsky is average in terms of student capacity, teaching the maximum of 18 thousand students. Foreign citizens can submit their applications along with the local students. 5% of all students are foreigners. More than 1700 teachers are employed by the university. A variety of international student exchange programs are available at UNN. To learn more about the student life and current events, you can always follow the university on social media: Twitter, Facebook, Linkedin.

Infrastructure of UNN. There is a library on the campus. Also the university provides accommodations in the form of dormitories. The university belongs to the number of groups and associations like the European University Association (EUA), as well as the European and Academics Network (DEAN) and Association of Leading Russian Universities.
Free consultation UniPage services
Location on map 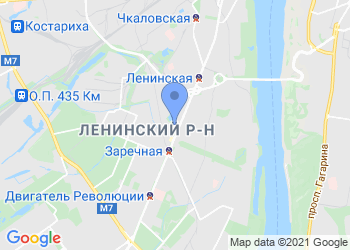 Lobachevsky State University of Nizhni Novgorod (UNN) consists of 5 institutes – Institute of International Relations and World History (IIRWH), Institute of Economics and Entrepreneurship (IEE), Institute of Biology and Biomedicine, Institute for Postgraduate and Doctoral Studies and Institute of Military Training – as well as 14 faculties – those of Chemistry, Radio physics, Physics, Mechanics and Mathematics, Computational Mathematics and Cybernetics, Philology, Law, Social Sciences, Physical Education and Sports, Preparatory Faculty, Faculty for International Students, Faculty for Regional Personnel Training, Minor Academy of Public Administration and Advanced School of General and Applied Physics. UNN has a close collaboration with the Nizhny Novgorod Scientific Centre of Russian Academy of Sciences (NNSC RAS). State University is a member of the European University Association (EUA). Lobachevsky State University of Nizhni Novgorod (UNN) has been in the world's top 700 universities since 2011, according to QS World University Rankings. It is ranked 72nd in top 200 universities in 2014 QS World University Rankings: BRICS. More than 1,000 UNN students and staff were trained in the best European universities during the implementation of 21 Tempus projects. State University of Nizhni Novgorod is carrying out 7 innovative scientific projects supported by the Government of the Russian Federation to establish world class research laboratories, develop promising scientific fields, involve students in scientific research and encourage them to develop projects from an idea to a business.

UNN is a large center for research and education comprising world-famous research schools in the fields of oscillation theory, crystallography, radiophysics, chemistry of ultra-pure subsances, theory of functions, theory of dynamic systems, and population genetics. A number of these laboratories have developed to become the research institutes of the Russian Academy of Sciences in Nizhni Novgorod. These research institutes – Institute of Applied Physics, Institute of Physics of Microstructures, Institute of Chemistry of High-Purity Substances, Institute of Organometallic Chemistry – are now closely tied with UNN through research but also through the employment of UNN’s brightest graduates. UNN is an innovative university providing quality research and research-based education with respect to the national challenges and tasks. UNN is a renowned for its research in Russia as well as abroad. UNN scientists achieved excellence and world recognition in such areas as Laser Physics, Space Plasma Physics, Supercomputer Technology, Biomedicine

University of Nizhni Novgorod (UNN) was established in 1916. In 1918 UNN became the first State University of Soviet Russia.  In 1956 the university was named after the great Russian mathematician Nikolai Lobachevsky. Lobachevsky State University of Nizhni Novgorod is one of the leading universities of Russia and a winner of all largest contests in the field of Russian Higher Education. In 2009 Russian Government awarded UNN with a prestigious status of National Research University. UNN is an internationally recognized higher education institution, member of the Association of Leading Russian Universities, European University Association (EUA) and Deans of Europe Academic Network (DEAN). The university cooperates with the Russian Academy of Sciences, realizes joint scientific & educational programs with leading foreign universities and research centers from over 90 countries of the world. Over 30 000 undergraduate/graduate students, 1000 Ph.D. students, and over 700 foreign students from 90 countries (Europe, Asia, Africa, Americas, CIS countries) study at UNN. UNN successfully cooperates with leading international hi-tech companies (Intel, Microsoft, IBM, Cisco Systems, NVIDIA, Motorola), and has several training and research laboratories created with their support.