The Peoples' Friendship University of Russia, known as RUDN University, is the most multinational Russian university, in which students from 158 countries study. Created in the 50s with the aim of training highly qualified personnel for Africa, Asia and Latin America, RUDN University continues to firmly follow the ideals of intercultural cooperation. The university has a system of contests and scholarships for foreign applicants, world cultures festivals are regularly held, and the Student’s Code of Honor declaring equality and tolerance is also accepted[0].

The multidisciplinary university has more than 300 training programs in technical, medical, economic, and arts specializations. RUDN University is considered one of the best universities in the world in terms of the quality of teaching Russian as a foreign language. The University is part of the project 5-100 which is aimed at improving the competitiveness of domestic universities in international ratings[1].

On February 5, 1960 the university was founded. The idea of creating an international university in the USSR appeared in the 50s of the 20th century in response to the desire of the Soviet leadership to help countries that were freed from colonial dependence. The primary goal of the university was training of qualified national specialists, brought up in the spirit of friendship of the peoples of the USSR and the countries of Asia, Africa, Latin America. Soviet students, who were also accepted into the university, were to set an example of socialist values and contribute to the development of friendly relations between countries.

In September 1961, the first students from 47 countries began to study at 6 faculties. Foreign applicants had the opportunity to enter a special preparatory faculty to study the Russian language. In the same year, the RUDN was named after Patrice Lumumba, the first prime minister of the Democratic Republic of the Congo, one of the symbols of the victory of the national liberation movement of the peoples of Africa.

In 1975 RUDN University was awarded the Honorary Order of Friendship of Peoples for its merits in training specialists for the countries of Asia, Africa and Latin America[2].

In the 90s the university opened faculties of ecology, economics and jurisprudence, and professional retraining courses appeared.

In 1992 the university received its modern name – the Peoples' Friendship University of Russia.

In 2010, the university was awarded the UNESCO Gold Medal for its special contribution to the training of specialists from developing countries.

In 2012, RUDN University received the right to independently develop and implement educational standards.

The structure of RUDN University

RUDN consists of 6 faculties, 10 institutes, 1 academy. Recruitment is carried out under the programs of bachelor’s, specialty, master’s, doctoral and residency programs (medical institute). There are full-time, part-time and correspondence courses. The Sochi branch of RUDN University (the only branch of the university) trains specialists in 11 areas of study.

The complete list of programs (including master’s and other levels) with tuition fees and entrance exams is available on the official website.

First of all, international applicants are encouraged to take part in the scholarship program of the Russian Government which gives talented foreign nationals an opportunity to study in Russia for free within a state-funded quota.

If that is not the case, RUDN University provides discounts for fee-paying international students studying at priority directions. As for undergraduate programs (bachelor’s and specialist), the discount is 20%. It is granted to CIS citizens for the first year of study and to non-CIS citizens for the whole period of study. International master’s students (both CIS and far abroad nationals) can expect a larger 40% discount but only for the first year of studies[3]. Check if there are any discounts for your program here.

Another way to reduce tuition fees by 30-50% is participating in the RUDN Open Olympiad for foreign citizens. Winners of the contest are allowed to choose an educational program among those corresponding to the contest subject. That is also a chance to be nominated for RUDN Brilliant Students Scholarship (340 USD monthly for the duration of a semester)[4].

Applicants from other countries should contact the International Students Support and Recruitment Department.

The process of admission goes as follows:

Preparatory programs are provided by the Faculty of Russian Language and General Disciplines[11]. The duration of the courses is 10 months, but there are also short-term programs of 3-4 months for trainees and master’s. The schedule includes the study of the Russian language and specialized subjects in the selected field. It is 36 academic hours per week. Groups are formed depending on the level of training and consist of 8-10 students. Note that you do not have to pass entrance exams in order to enter preparatory programs.

The university has 250 cooperation agreements with foreign universities, 155 joint study programs have been opened: exchange and double degree programs[12]. Since 2012, 35 bachelor’s and master’s educational programs have passed international accreditation. Six more are to be accredited in 2020[13].

A total of 29 bachelor’s and master’s programs are opened in cooperation with universities from Latin America, Asia and Africa, Canada and Europe[14].

RUDN students can undergo internships in one of the foreign partner universities under the academic mobility programs. There are several possibilities for this:

In order to apply for participation, it is necessary to confirm knowledge of a foreign language in which training is conductedproficiency of at least B1. The selected program should correspond to the one taught at RUDN University, since after completing the internship, the courses that the student passed at the partner university are counted as passed.

A set of required documents for participation in the selection process includes:

Normally the organizer of the exchange covers the expenses. Erasmus+ for example, gives 626 USD to cover travel costs and 945 USD as monthly allowance.

Planet Southwest. RUDN Youth Festival, which has been held on the main square of the university since 1987. Students from different countries introduce guests to their national customs, traditions, and music. In special areas representing individual countries, you can treat yourself to dishes of world cuisines, listen to ethnic songs and learn national dances. The event is held annually in May. More than 50000 people attend it.

KVN team. The RUDN team reached KVN finals three times, became the champion of the season and is well known to fans of the game. Getting into the main roster is not an easy task, but supporting the team in preparation for the games and during the performances is a great opportunity to have fun and support the university.

Meeting of excellent students. An event that motivates students to receive only excellent grades, to participate in scientific, sports and volunteer activities. Excellent students and activists of RUDN University are awarded with scholarships and prizes at the annual October rally. In 2018, 904 people received scholarships for excellence in studies. The lottery is held among such students with a car as the main prize. The chance to receive a car from the university is given to students who, over the course of 10 semesters, not only received only excellent marks, but also participated in scientific activities.

RUDN campus covers an area of 50 hectares – this is one of the largest campuses in Russia. Educational and residential buildings, a sports complex, stadiums, a clinic, a library, shops and cafes are concentrated in one place. On site there is a parking lot, ATMs and laundromats. During warm season, fountains work in the square in front of the main building. The journey to the center of Moscow takes about 30 minutes.

Dormitories. To accommodate non-resident and foreign students for the duration of studies, as well as students at the time of entrance examinations RUDN has 14 dormitories that can take in about 9000 people:

The cost of accommodation varies from 900 to 143 USD/month, the price depends on the dorm and the level of comfort. According to students, there are always not enough places in dormitories, for this reason 4 people often live in rooms instead of two or three[15]. The area of one room varies from 14 to 18 sq.m[16].

Sports complex. The pride of the university is the stadium with a capacity of 3,000 seats with a football field, running tracks and playgrounds for basketball and volleyball. In addition, the complex has several gyms, tennis courts and an outdoor gymnastics field. At sports facilities, the annual Spartakiad in 9 sports is held, which students call the RUDN Olympic Games.

Clinical and Diagnostic Center (CDC), open at the Medical Institute of RUDN University, in which university students can receive medical care. In case of illness, you must contact the registry and get a ticket to the doctor on duty. For scheduled visits to specialists, you can use the online recording in the CDC mobile application. The Center’s specialists also conduct an examination of temporary incapacity for work, make decisions on the provision of academic leave, and exemption from practical training in physical education.

For people traveling in wheelchairs at the university there is the possibility of unhindered access and stay (ramps, side handrails) in classrooms, dormitories, toilets, dining rooms and other rooms. For people with visual and hearing impairments, some of the classrooms are equipped with special computer equipment and assistive devices.

For readers with disorders of the musculoskeletal system there are specially equipped computers in the library’s lobby. In the reading room there are organized places for students with hearing impairments and visually impaired (literature in Russian and foreign languages ​​in Braille, audio books)[17]. 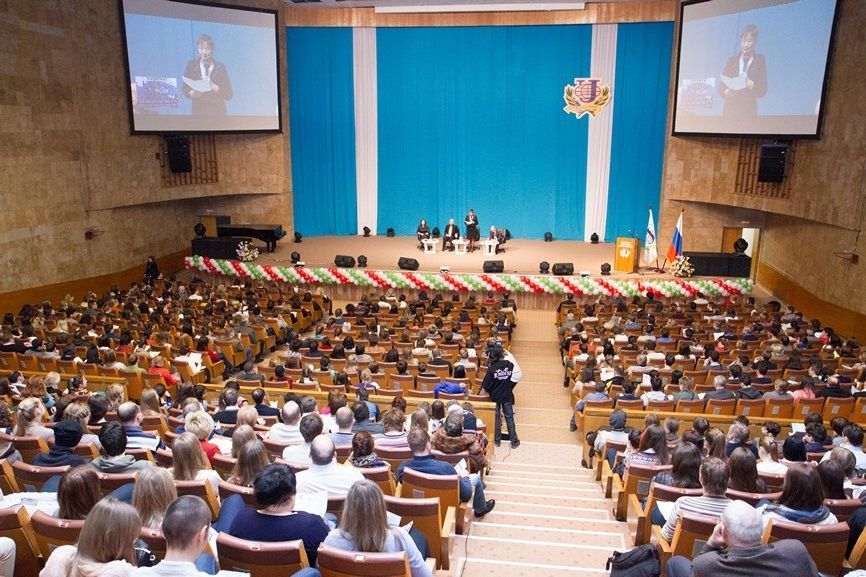 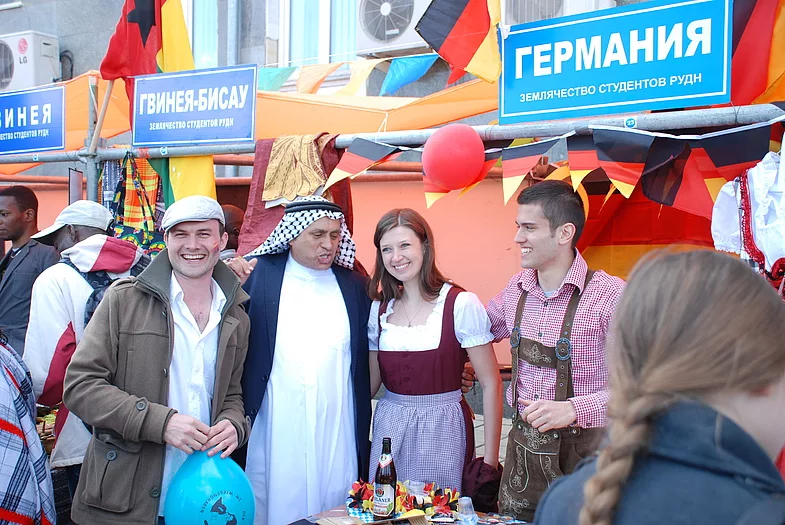 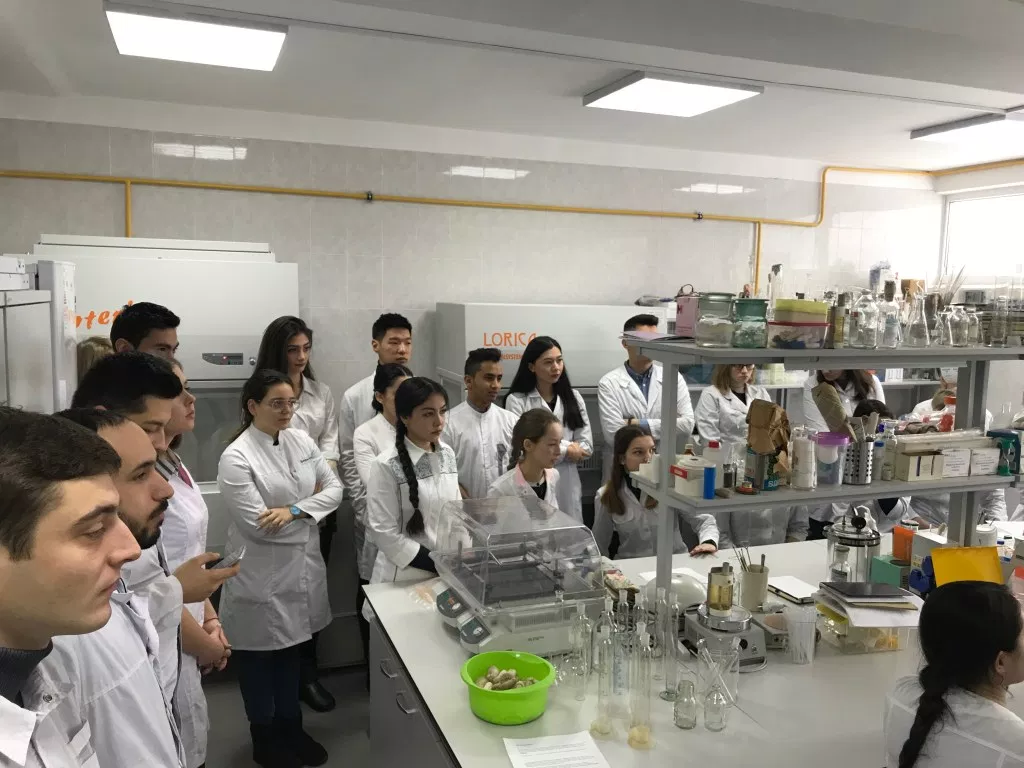 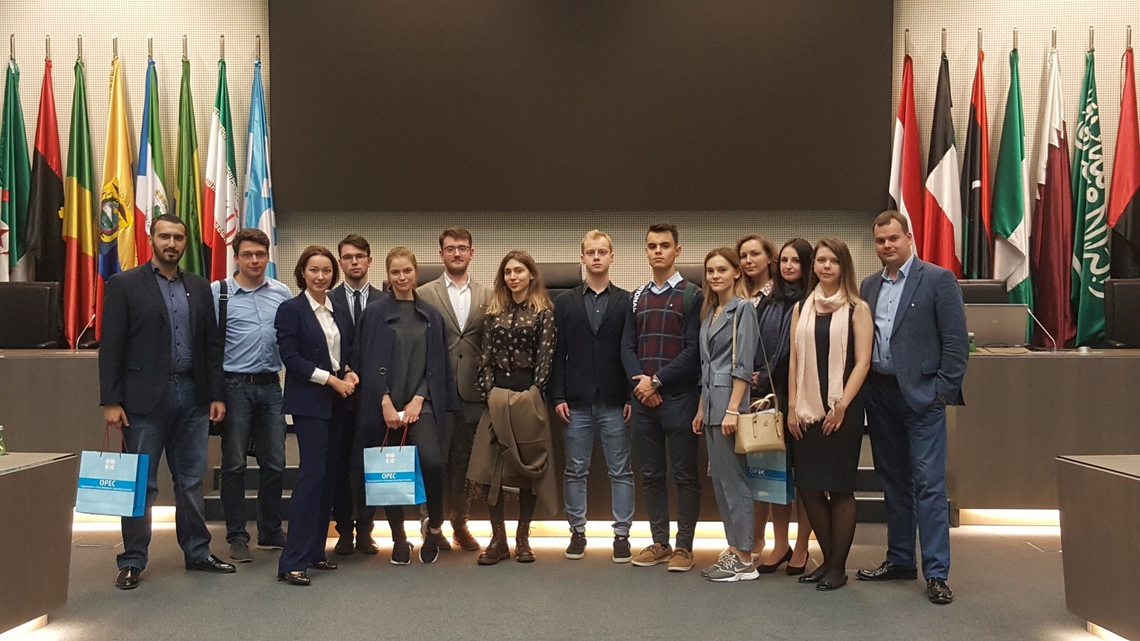 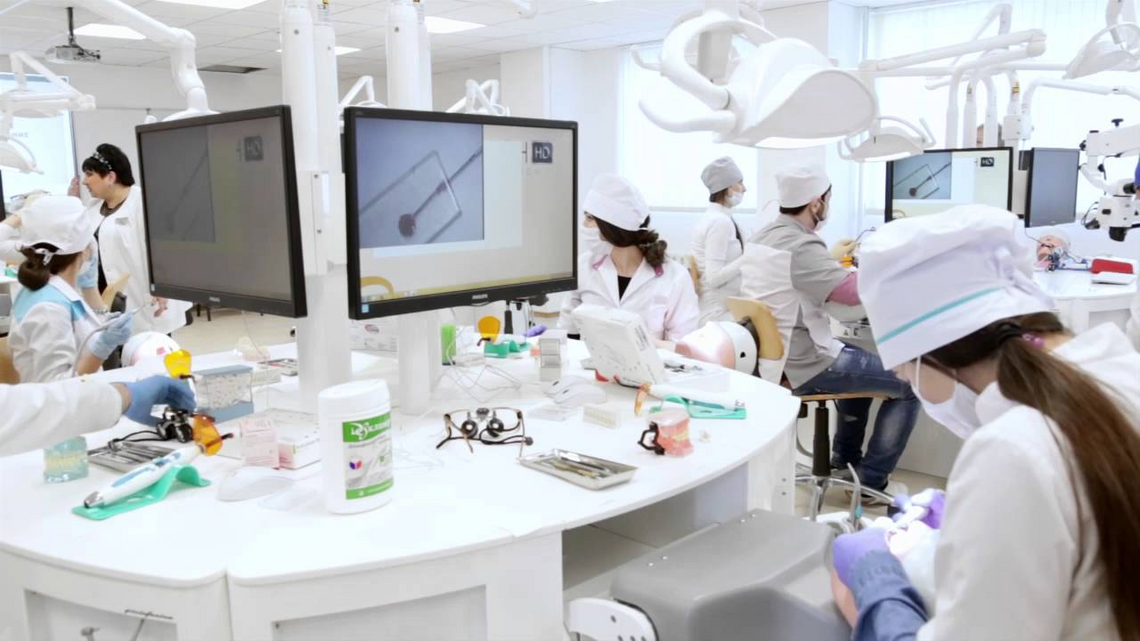