Application process and the cost of tuition. The enrollment is based on the exam results. Like in many universities of Brazil the academic year consists of two semesters. UAM has affordable bachelor’s programs that cost less than 1,000 USD/year. A year of master’s studies at UAM will usually cost 1,000 USD per year. Despite the tuition gees being quite low, the students often participate in scholarship programs. More information regarding tuition, admission and programs is available on the official website http://anhembi.br.

The composition of the university. Universidade Anhembi Morumbi is a big educational institution, attended by more than 29 thousand students. The university accepts applications from foreign students. At UAM the academic staff counts 999 various specialists. The university is an active participant of international programs aimed at academic exchange of students between the educational institutions. University’s social media profiles can give you more information about the students and current events: Twitter, Facebook, Linkedin.

Infrastructure of UAM. The university has a functioning library. For those who require accommodations dormitories on and off campus are offered. The university is in the Conselho de Reitores das Universidades Brasileiras (CRUB).
UniPage Services Admissions assistance
Location on map 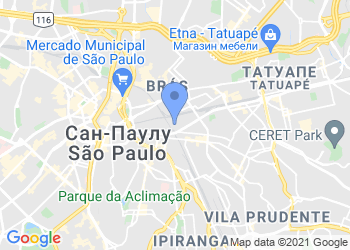