University of Science and Technology of China

University of Science and Technology of China or 中国科学技术大学 (USTC) - public higher education institution in China. USTC was founded in 1958. The university campus is of urban type and is located in the vicinity of Hefei.

Application process and the cost of tuition. The applicants must pass examinations as a part of the admission process. A year of bachelor studies will cost you around 3,785 USD. Doing your master’s studies at USTC is not cheap - a year of studies will cost you 3,785 USD. In addition to low tuition fees the university provides the students with extra financial assistance in the form of scholarships. It is important to check for current tuition fees on (http://www.ustc.edu.cn) with the desirable faculty in mind.

The composition of the university. University of Science and Technology of China is medium in scale, teaching no more than 17 thousand students at a time. Being a foreign citizen does not exclude you from the admission process. The ratio of foreign students at USTC is 6% of all students. The academic staff includes more than 2000 teachers and professors. The university is an active participant of international programs aimed at academic exchange of students between the educational institutions. University’s social media profiles can give you more information about the students and current events: Linkedin.

Infrastructure of USTC. The university has its own library.
Despite the ongoing pandemic and current political agenda, admission to foreign universities will continue under normal conditions.
Free consultation UniPage services
Location on map 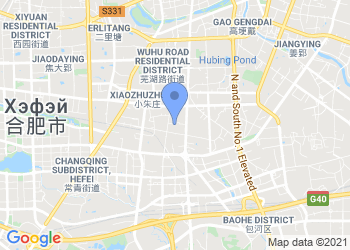 University of Science and Technology of China - Official Description

Description of University of Science and Technology of China

The University of Science and Technology of China (USTC), founded in Beijing in 1958, is affiliated with the Chinese Academy of Sciences (CAS). The Chinese Academy of Sciences has supported USTC by “Pooling efforts of CAS for university development and integrating its institutes with the University’s corresponding departments”. From the beginning, USTC was established with the aim of developing high-level personnel in science and technology with broad-based scientific knowledge. Beginning in 1970, USTC was moved to Hefei, the capital of Anhui Province. Since 1978, USTC has enjoyed the nation’s top priority in construction projects, and launched a series of reform initiatives. USTC has persisted in the mission of “Build a Global University and Educate the Brilliant of the World”. Additionally, the core value is “Commit to Quality, Strive for Excellence, and Serve the Country through Innovation and Excellence”. In a Congratulatory Letter sent to USTC commemorating the 50th Anniversary Celebration in September 2008, President Hu Jintao expressed the hope that USTC would continue to carry out reforms in teaching and scientific research, building the university into a world-class research and educational institution for educating more and better innovative talents.