Application process and the cost of tuition. Studying bachelor’s at KazNPU is relatively inexpensive - only 3,000 USD per year. Those who wish to get their master’s degree here should be ready to spend at least 3,000 USD per year. Due to the fact that the tuition fees at KazNPU may vary depending on the faculty, we advise you to check the official website http://www.kaznpu.kz for more accurate information.

The composition of the university. Being a medium scale university, Kazakh National Pedagogical University named after Abai teaches more than 13 thousand students. The university accepts applications from foreign students. Foreigners make about 2% of all students. To ensure that the quality of education stays high the university has an academic staff consisting of more than 1900 specialists.

Infrastructure of KazNPU. The university has a dedicated library. Furthermore the university has dedicated facilities for sports, physical education and sporting events.
Despite the ongoing pandemic and current political agenda, admission to foreign universities will continue under normal conditions.
Location on map 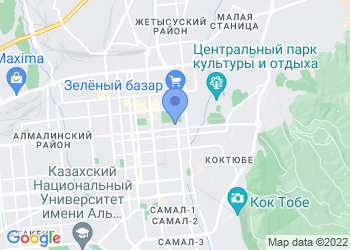 The first Kazakh higher education institution was established in September 1, 1928 and was named Kazakh State University. Abai Kazakh National Pedagogical University is one of the major higher educational institutions of Kazakhstan. A system of lifelong education has been developed and is almost introduced in the university. Today KazNPU and its subdivisions include 10 faculties. The training of specialists is handled in 60 chairs in 54 specialties. 25 thousand students study in full-time, part-time, distance learning, evening departments of the university. Moreover, there are pre-university departments (1,5 thousand students). Abai KazNPU joined union of European universities (Magna Charta Universitatum). Joining Magna Charta means the participant of the agreement complies with all international standards in the field of education and science, and is one of the most prospective educational and scientific centers of the world.

The first Kazakh higher education institution was launched on September 1, 1928 and was called Kazakh State University. It had the only Pedagogic Faculty that consisted of three divisions: physical and mathematical, natural sciences and language studies. Initially it was planned to open three faculties within the University: pedagogic, agricultural and medical. They had to start working in 1932-1933 academic year. However, in the interests of intensive peoples education, it was decided to evolve the newly opened university as an independent pedagogic institution. Therefore in 1930 the University was renamed as Kazakh Pedagogic University (KazPI), and in 1935 it obtained the name of great Abay. KazPI was initially located in the small single-storey building of the former Verny women's college. Five-month preparation courses for prospective students started functioning under the Institute. Also pedagogic college, pedagogic schools and workers faculty opened their doors. These institutions enrolled mostly young people that grew up in orphanages with no parents, children of poor workers and some limited number of middle-class and clerks' children. The first enrollment has been made in two steps in September and October, 1928, on the basis of allotment by the Ministry of Education made across the regions of the republic....