University ranking. Hebrew University of Jerusalem takes the first place in the national rankings of Israel. Hebrew University of Jerusalem Is quite remarkable as it is among the best world universities. Its expertise lay in the fields of: «Arts and Humanities», «Engineering and Technology», «Life Sciences and Medicine», «Natural Science», «Social Sciences and Management», «Mathematics», «Physics», «Chemistry», «Computer Science», «Economics & Business». The university is in the top 200 in education quality.

Application process and the cost of tuition. Кроме результатов экзаменов для поступления в учебное заведение необходимо предоставить информацию о предыдущей успеваемости. The competition is quite mild with a ratio of 1 to 3. Academic year of the university consists of two semesters. A year of bachelor studies will cost you around 7,800 USD. A master’s degree of HUJI will cost a student a significant sum of 17,000 USD per year. The university has a variety of scholarship programs that students can take part in. For those who don’t want to or can’t attend the full time program, the university has special online degree programs. When planning your education, please, consult the official website of the university https://new.huji.ac.il.

The composition of the university. Being a medium scale university, Hebrew University of Jerusalem teaches more than 16 thousand students. Being a foreign citizen does not exclude you from the admission process. Foreigners make about 5% of all students. To ensure that the quality of education stays high the university has an academic staff consisting of more than 2300 specialists. The majority of academic staff at HUJI consists of foreign specialists. HUJI has international student exchange programs between partner universities. More information regarding the life of the university can be found on its social media pages:Twitter, Youtube, Facebook, Linkedin.

Infrastructure of HUJI. The university has a dedicated library. Students can apply for a dormitory.
Despite the ongoing pandemic and current political agenda, admission to foreign universities will continue under normal conditions.
Free consultation UniPage services
Location on map 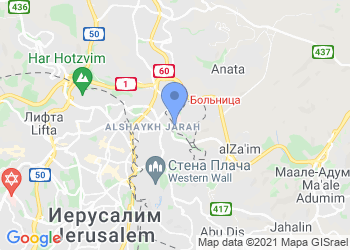 Consistently ranked among the top universities worldwide, the Hebrew University of Jerusalem is Israel's premier academic and research institution. Serving 23,000 students from 70 countries, it trains the public, scientific, educational and professional leadership of Israel and world. The Hebrew University is a leader in bringing about changes in the world community in agriculture, environmental quality, public health, science and technology. Producing a third of Israel’s civilian research, it is ranked 12th worldwide in biotechnology patent filings and commercial development. With a world-class faculty researching the cultural, spiritual and intellectual traditions of Judaism and other cultures, the Hebrew University expands the boundaries of knowledge for the benefit of all humankind. The Hebrew University was founded in 1918 by visionaries including Albert Einstein, Sigmund Freud, Martin Buber and Chaim Weizmann. In the last decade, faculty and alumni have won seven Nobel Prizes and a Fields Medal.

Description of The Hebrew University of Jerusalem

The Hebrew University of Jerusalem, founded in 1918 and opened officially in 1925, is Israel’s premier university as well as its leading research institution. It is ranked first among Israeli universities in international rankings. The Hebrew University’s leading role in the scientific and scholarly communities has made it one of the best research universities worldwide, where science and knowledge are developed for the benefit of people everywhere in an atmosphere free of discrimination and prejudice. . It stresses excellence and offers a wide array of study opportunities in the humanities, social sciences, exact sciences and medicine. The university encourages multi-disciplinary activities in Israel and overseas and serves as a bridge between academic research and its social and industrial applications. The Hebrew University has set as its goals the training of public, scientific, educational and professional leadership; the preservation of and research into Jewish, cultural, spiritual and intellectual traditions; and the expansion of the boundaries of knowledge for the benefit of all mankind. Excellence The Hebrew University strives for excellence, an integral element in its academic life. Its outstanding scholars have achieved impressive breakthroughs in a variety of disciplines, and it is fourth in Europe in obtaining the European Union’s Research Council competitive grants to young researchers. One-third of all competitive research grants awarded in Israel are won by Hebrew University scholars. University academicians publish frequently in prestigious scientific journals, and their research has garnered outstanding awards in Israel and worldwide, including the Nobel Prize, the Fields Medal and the Israel Prize. Most PhD holders in Israel learned their degrees at the Hebrew University, and our alumni hold key positions in academia, public service and the business sector. Life on campus In Jerusalem, one of the most beautiful and historic cities in the world, the universy maintains three campuses: the Mount Scopus campus for the humanities and social sciences; the Edmond J. Safra Campus for exact sciences; and the Ein Karem Campus for medical sciences. Its other campuses are the Rehovot faculty for agriculture, food, veterinary medicine and environmental sciences; the veterinary hospital in Beit Dagan; and the Interuniversity Institute for Marine Sciences in Eilat. The university boasts three sports facilities which are among the most advanced in the country, 11 libraries, five computer centers, 6,000 dormitory beds, and dozens of student activity groups focusing on politics, society, the environment and more. International involvement Out of the top 500 universities rated by the Shanghai Academic Ranking of World Universities, the HebrewUniversity ranks 57th. Its student body numbers 23,000 students fromIsraeland 65 other countries. It is actively engaged in international cooperation for research and teaching. It has signed 150 agreements for joint projects with other universities and 25 agreements for student exchanges with 14 countries. Its faculty members include young scholars who have returned toIsraelfrom advanced studies at leading institutions of higher education throughout the world. The Hebrew University has been a leader in bringing about changes in the world community in agriculture, environmental quality and public health. Students from developing countries have carried out advanced studies at the Hebrew University and returned to their home countries in order to apply the knowledge they gained and to improve the level of services provided to their compatriots. The university’s international study programs include: An international Master of Public Health program that, since its founding, has awarded degrees to more than 700 students from 90 developing countries as well as from North America and Europe; master’s programs at the Robert H. Smith Faculty of Agriculture, Food and Environment for students from developing countries in nutrition, crops and animal sciences, plus international courses and in-service training in such areas of applied science as “green” agriculture in an age of climate change and biotechnology in world agriculture under environmental change; courses preparing students for work with international aid organizations; and a Ph.D. program in environmental studies in cooperation with Nanyang Technological University in Singapore. The university also offers 90 courses for the study of 27 languages. The university’s Rothberg International School offers programs for overseas students. Among its alumni are actress Natalie Portman, journalist Thomas Friedman, and formerUSambassadors to Israel Martin Indyk and Daniel Kurtzer. Patents and innovations The Yissum Research Development Company of the Hebrew University is 15thin the world in the number of patents registered. Yissum is responsible for marketing the technology and scientific know-how generated by Hebrew University researchers and students. To date it has registered over 7,000 patents for 2,023 inventions; more than 600 of these patents have been commercialized, and products manufactured on the basis of the patents are sold at over $2 billion a year. Yissum’s portfolio boasts 72 companies established on the basis of inventions developed by Hebrew University researchers. Particularly outstanding developments include the drugs Exelon used to treat Alzheimer’s patients and Doxil for use in ovarian cancer; a cherry tomato variety with a particularly long and excellent shelf life; and Mobileye , a “computer-vision” vehicle collision warning and driver safety system. FACTS: