Ben-Gurion University of the Negev

Application process and the cost of tuition. Кроме результатов экзаменов для поступления в учебное заведение необходимо предоставить информацию о предыдущей успеваемости. Academic year of the university consists of two semesters. A year of bachelor studies will cost you around 11,000 USD. A master’s degree of BGU will cost a student a significant sum of 11,200 USD per year. The university has a variety of scholarship programs that students can take part in. Before starting to plan your education at BGU read more information on the official website http://www.bgu.ac.il.

The composition of the university. Being a medium scale university, Ben-Gurion University of the Negev teaches more than 18 thousand students. Being a foreign citizen does not exclude you from the admission process. One in 6 students is a foreigner. The teaching staff is 988 specialists. The amount of foreign specialists is very considerable. BGU has international student exchange programs between partner universities. More information regarding the life of the university can be found on its social media pages:Twitter, Youtube, Facebook, Linkedin.

Infrastructure of BGU. The university has a dedicated library. The campus dormitories that can be offered to the students upon request.
Free consultation UniPage services
Location on map 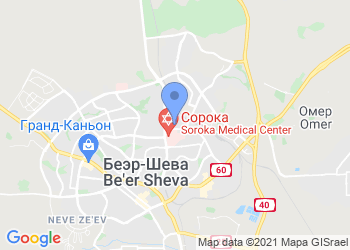 Ben-Gurion University of the Negev, with its main campus in Beer Sheva, Israel, was created in 1969 and named after David Ben-Gurion, Israel’s first Prime Minister. From its inception, BGU has been dedicated to community improvement and education, as well as fulfilling Ben-Gurion’s charismatic vision of making the desert bloom with agriculture, science, technology, and primarily with innovation. Today, some 40 years later, BGU has more than 20,000 students spread over 3 campuses in Beer Sheva, 1 in Sde Boqer, and 1 in Eilat. It has Faculties in Arts and Humanities, Natural Sciences, Engineering Sciences, Health Sciences, and Business and Management; Schools of International Health, and Desert Studies. This year, BGU is granting over 5,400 degrees, including Ph.D., M.D., M.B.A., M.H.A., M.Sc., M.Med.Sc., M.N., M.P.T., M.A., B.Sc., B.A., B.S.W., B.Med.Sc., B.N., B.P.T., B.Med.Lab.Sc., and one of the few places in the world granting a B.EMS, Bachelor’s in Emergency Medicine Services. The student body – as well as the faculty body – is diverse, hailing from all parts of Israel and including all ethnicities, merging together Jews, Christians, and Moslems, native Jewish, Bedouin, and Arab Israelis, immigrants from Western World countries, Ethiopia, the former Soviet Union, and other countries. The programs...

Description of Ben-Gurion University of the Negev

The establishment of the “Institute for Higher Education in the Negev” was initiated by the residents of Beer-Sheva and the Negev during the early 1960s. Teachers from other academic institutions in Israel provided higher education in Beer-Sheva. Continuous efforts to convince the government to establish a full-fledged university in the Negev, in southern Israel, were fruitful, and on November, 9, 1969, Yigal Alon, the Minister of Education and acting Prime Minister, announced that the Government had decided to build and support the “University of the Negev.” In November 1970, the first meeting of the Board of Governors took place, and the “Institute for Higher Education in the Negev” became the “University of the Negev.”
The University was formally accredited by the Council for Higher Education (CHE) in 1973 and after the death of David Ben-Gurion, Israel’s first and legendary prime minister, it was officially named “Ben-Gurion University of the Negev.”
The University started to take shape on the Beit HIAS (a former hostel) campus in Beer-Sheva during the early 1970s. It gradually came to include faculties of Natural Sciences, Engineering Sciences, Humanities and Social Sciences, Health Sciences, a Medical School, Institutes for Applied Research, an Institute for Desert Research, and the Ben-Gurion of the Negev Heritage Institute.
During the second half of the 1970s, the CHE authorized the University to grant Doctor of Philosophy (PhD) and Medical Doctor (MD) degrees. The Leon and
Matilda Recanati School of Community Health Professions was also founded during this period.
During the 1980s, growth continued, new departments and study programs were opened, and the number of applications increased. In the early 1990s, academic cooperation agreements with many institutions throughout the world were signed, students from abroad were admitted to the University, and the number of students surpassed 10,000.
The past ten years have been marked by a rapid increase in the number of students, from about 11,000 in 1995/6 to over 19,500 by 2011/2012. The Kreitman School of Advanced Graduate Studies, which administers all PhD studies, was established in 1997, and generous fellowships began to be offered to outstanding PhD candidates and post-doctoral fellows. During that period, new departments and study programs were added, among them the School of Management (which has recently become The Guilford Glazer Faculty of Business and Management), the Department of Middle East Studies, and the Department of Politics and Government.
The University has five campuses: (a) three in Beer-Sheva: the Marcus Family Campus (the main campus), the David Tuviyahu Campus (formerly Beit HIAS) and the David Bergmann Campus, (b) one in Sede Boqer (south of Beer-Sheva), which includes: the Jacob Blaustein Institutes for Desert Research, the Albert Katz International School for Desert Research, and the Ben-Gurion of the Negev Research Institute for the Study of Israel and Zionism, and (c) the University’s newest campus in Eilat, established in 2003. The Eilat Campus offers BA and BSc and MA & MSc degrees in several fields. Approximately 800 students are currently studying there.
Ben-Gurion University of the Negev includes: the Faculty of Humanities and Social Sciences, the Faculty of Natural Sciences, the Faculty of Engineering Sciences, the Faculty of Health Sciences, the Faculty of Business and Management, and the Blaustein Institutes for Desert Research.