The College of Mexico

Application process and the cost of tuition. The admission committee requests both examination results and the document on previous academic performance. Only one applicant out of 10 manages to successfully enroll to The College of Mexico, which makes the university one of the most selective in the world. The university shares the popular system in Mexico that divides the academic year into semesters. Studying bachelor’s at COLMEX is relatively inexpensive - only 1,000 USD per year. In order to obtain a master’s degree the student must spend about 1,000 USD per year. On the official website of the university (http://www.colmex.mx) you can read more about the programs and associated tuition fees.

The composition of the university. The College of Mexico is relatively small, teaching about 500 students on average. The education is conducted by 999 teachers and professors. The university offers its students and the academic staff to participate in the international exchange programs. COLMEX has the following social media pages Twitter, Facebook, Linkedin.

Infrastructure of COLMEX. The university has a dedicated library. The campus dormitories that can be offered to the students upon request. Sports facilities can be a bonus for some students applying to The College of Mexico. The university is included in the Asociación Nacional de Universidades e Instituciones de Educación Superior (ANUIES).
UniPage Services Admissions assistance
Location on map 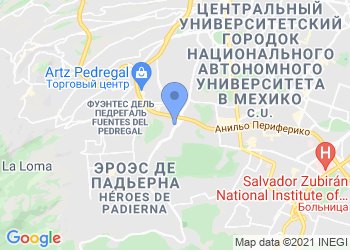 UniPage Services Admissions assistance
Universities related to The College of Mexico
Universities in this country
Information is exploratory. For accurate information, refer to the official website of the school.
Advanced search
Showing 1-5 of 1,539 items.