Huazhong University of Science and Technology

Huazhong University of Science and Technology or 华中科技大学 (WNLO) - public higher education institution in China. WNLO began its work in the year 1952. Inside the city of Wuhan the university has built its own suburban campus.

Application process and the cost of tuition. The students must pass examinations in order to enroll to the university. A year of bachelor studies will cost you around 3,640 USD. WNLO is considered to be a pricey option when it comes to obtaining a master’s degree - 3,640 USD per year of study. Before starting to plan your education at WNLO read more information on the official website http://www.hust.edu.cn.

The composition of the university. Huazhong University of Science and Technology is among the largest universities that educates more then 60 thousand students. The admission committee accepts the applications from foreign citizens. Foreigners make about 3% of all students. The academic staff consists of more than 3 thousand specialists. The university is present on social media: Linkedin, so if you want to know more about its daily happenings and events this is the place to go.

Infrastructure of WNLO. The university has a dedicated library. The campus dormitories that can be offered to the students upon request.
UniPage Services Admissions assistance
Location on map 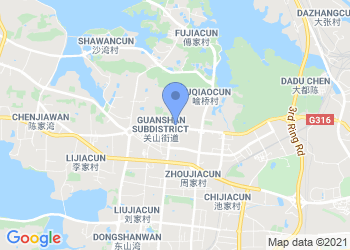 Description of Huazhong University of Science and Technology

Huazhong University of Science and Technology (HUST) is a national key university directly under the administration of the Ministry of Education of P. R. China, and is among the first Universities joining the national “211 Project” and “985 Project”. It was founded on May 26, 2000 as a result of the merger of the former Huazhong University of Science and Technology, Tongji Medical University and Wuhan Urban Construction Institute. At present, the University has eleven disciplines: engineering, medicine, management, science, philosophy, economics, law, education, literature, history, agriculture and art, offering a variety of degree programs, including 94 undergraduate programs, 291 graduate programs, 238 PhD programs. There are 32 post-doctoral research centers, 7 national key disciplines, 15 national key subdisciplines.
9 disciplines of HUST have reached top 1% of ESI, showing the increasing strength of international academic influence. Meanwhile, in the latest evaluation of the disciplines, mechanical engineering, optical engineering and public health and preventive medicine rank top one, electrical engineering top two, bio-medical engineering top three, journalism, power engineering and thermal physics and public administration top three. Another nine disciplines are ranked top ten inChina. HUST covers an area of over 1,153 acres with picturesque environment, elegant surroundings and has 72% greenery coverage, which has been honored as the “University in the Forest”. It offers its students and staff first-class logistic service, efficient network service and abundant library resources. HUST has also entered into partnerships with more than 100 renowned universities and research institutions. Annually over 100 famous scholars and experts come to visit HUST and give lectures. During the construction of “211 Project” and “985 Project”, HUST has broken traditional discipline boundaries, integrated multi-disciplinary resources, played an active role in developing the national innovation system, built the high level and cross-disciplinary scientific innovation platform, and the innovation base of philosophy and social science. Nowadays, the Wuhan National Laboratory for Optoelectronics, supported by HUST, is now under full construction. Meanwhile, the pulsed high magnetic field facility, which is a major science and technology infrastructure project, has been approved. Besides, the University has five national key laboratories, two national specialized laboratories, one key national defense laboratory, one national engineering laboratory, thirty-seven provincial key laboratories, three key laboratories of the Ministry of Education (Level B), six national engineering(technology) research centers, eight provincial(technology) research centers, three cooperative research centers of the Ministry of Education and four provincial humanities and social science research bases. Focusing on combining learning and research with manufacturing and considering technology innovation and promotion as its task, HUST has established a group of advanced science and technology enterprises with “HUAGONG TECH CO., LTD” as a gleaming example. The University Science Park becomes the national “863” industrialization base, and the University science and technology enterprise incubator is honored as the “National Hi-Tech Innovation Service Center”. The “four step jump” pattern for science and technology incubation and industrialization has won acclaim from other universities across the country. National leaders, such as Hu Jintao, Li Changchun, spoke highly of the university’s achievements in hi-tech industry during their visit to HUST. Although the HUST did make a great progress in the past, it will keep on stepping forward with full vigor and vitality, aiming to gain its name as a world class university and create a brilliant future.
Universities related to Huazhong University of Science and Technology
Universities in this city
Information is exploratory. For accurate information, refer to the official website of the school.
Advanced search
Showing 1-5 of 44 items.
Universities in this country
Information is exploratory. For accurate information, refer to the official website of the school.
Advanced search
Showing 1-5 of 2,520 items.