Application process and the cost of tuition. The applicant must pass examinations as a part of the admission process. Universidade Federal de Santa Catarina UFSC chose to divide its academic year into semesters. UFSC has affordable bachelor’s programs that cost less than 1,000 USD/year. Master’s studies at UFSC will cost about 1,000 USD per year. Is among the educational institutions that allow the students to enroll in online programs. On the official website (http://ufsc.br) of the university you can find a more accurate information regarding the tuition fees of different programs.

The composition of the university. Universidade Federal de Santa Catarina UFSC is classified as a large university with more than 31,000 concurrent students. Foreign applicants are not excluded from the admission process. UFSC has around 1% of foreign students. More than 2100 teachers are employed by the university. The university participates in a variety of international exchange programs between students and academic staff. The university is present on social media: Twitter, Youtube, Facebook, so if you want to know more about its daily happenings and events this is the place to go.

Infrastructure of UFSC. There is a library on the campus. The students can live on campus if the apply for a dormitory room. It is one of the members of Conselho de Reitores das Universidades Brasileiras (CRUB), and Rede Nacional de Extensão (RENEX).
Free consultation UniPage services
Location on map 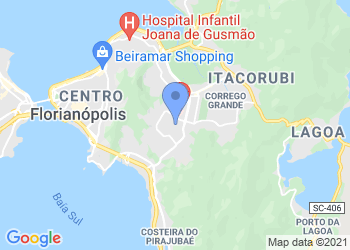