University of the State of Rio de Janeiro

Application process and the cost of tuition. The main criterion for admission is examination results. University of the State of Rio de Janeiro chose to divide its academic year into semesters. Studying bachelor’s at UERJ is relatively inexpensive - only 1,000 USD per year. A year of master’s studies will cost you 1,000 USD. Before starting to plan your education at UERJ read more information on the official website http://www.uerj.br.

The composition of the university. University of the State of Rio de Janeiro is among the largest universities that educates more then 25 thousand students. More than 2200 teachers are employed by the university. The university participates in a variety of international exchange programs between students and academic staff. The university is present on social media: Twitter, Facebook, Linkedin, so if you want to know more about its daily happenings and events this is the place to go.

Infrastructure of UERJ. The university has its own library. The university belongs to the number of groups and associations like the Conselho de Reitores das Universidades Brasileiras (CRUB), as well as the Rede Nacional de Extensão (RENEX) and Associação Brasileira dos Reitores das Universidades Estaduais e Municipais (ABRUEM).
Free consultation UniPage services
Location on map 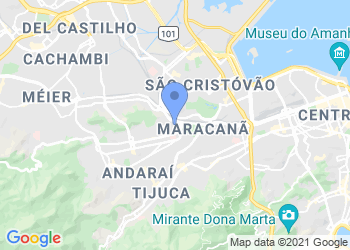