Application process and the cost of tuition. The applicant must pass examinations as a part of the admission process. The academic year is traditionally consists of two semesters. Studying bachelor’s at UEPG is relatively inexpensive - only 1,000 USD per year. The master’s degree will cost an applicant about 1,000 USD per an academic year. On the university’s official website (http://uepg.br) you can find more accurate information on programs and tuition. The university offers its students and the academic staff to participate in the international exchange programs. UEPG has the following social media pages Twitter, Linkedin.

Infrastructure of UEPG. There is a library on the campus. The university belongs to the number of groups and associations like the Conselho de Reitores das Universidades Brasileiras (CRUB), as well as the Rede Nacional de Extensão (RENEX) and Associação Brasileira dos Reitores das Universidades Estaduais e Municipais (ABRUEM).
Free consultation UniPage services
Location on map 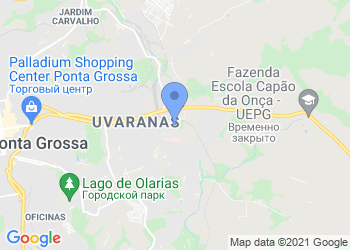