State University of Paraíba (UEPB) - public higher education institution in Brazil. UEPB opened its doors in 1966. The campus is located in Campina Grande.

Application process and the cost of tuition. The main criterion for admission is examination results. UEPB has affordable bachelor’s programs that cost less than 1,000 USD/year. When applying for master’s programs at UEPB a student should take into account that a year of studies will cost him/her around 1,000 USD. On the official website of the university (http://www.uepb.edu.br) you can read more about the programs and associated tuition fees. UEPB has the following social media pages Flickr, Twitter, Facebook.

Infrastructure of UEPB. The university has a functioning library. On campus the students can use the sports facilities provided by the university. It is worth noting that in addition to being a part of the Conselho de Reitores das Universidades Brasileiras (CRUB), the university also has a membership in the Rede Nacional de Extensão (RENEX) and Associação Brasileira dos Reitores das Universidades Estaduais e Municipais (ABRUEM).
Free consultation UniPage services
Location on map 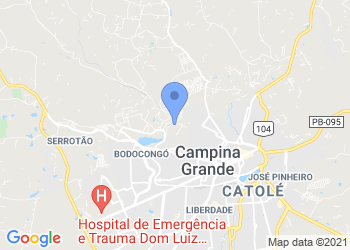