Transport in Germany is one of the most developed in Europe and is very diverse: from low-cost airlines and bus routes to high-speed trains and first-class autobahns. Today, you can comfortably travel through the country, and the love of the Germans for railway transport is manifested in the incredible richness of routes even in the most peripheral regions of the country. Comfort and speed are not cheap, so the article contains tips on how to save money even if you are planning to travel across the country. 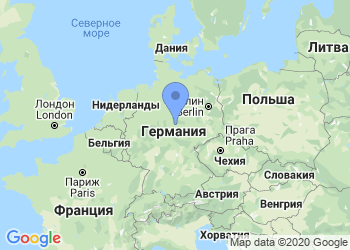 Which transport is cheaper in Germany?

According to the official German statistics, every year in Germany more than 190 million people use air travel, about 130 million people use trains, and only 20 million people use intercity buses. This is due to the different levels of comfort, speed and, of course, the availability of these types of transport. Buses and low-cost airlines seriously competed with Deutsche BahnGerman railways in the last 10 years, forcing from time to time to reduce the prices for railway tickets.

The most comfortable transport in Germany

Almost all transport in Germany is characterized by high standards of comfort and cleanliness. All long-distance routes have air conditioning, and the passenger seats are always equipped with armrests and tables. Also, on trains and buses, there is always a place for luggage, the cost of which, unlike when traveling by air, is always included in the ticket price. There are more and more personal power plugs for comfortable work or relaxation along the way.

Due to the massive proliferation of high-speed trains, in Germany, night trains with sleeping cars were recently canceled, with the exception of transit night trains ENEuro night — from France, Hungary, Poland and other countries.

The cars of regional, interregional and international trains are usually divided into two classes: second and first. However, it should be kept in mind that the differences can be small, and sometimes even be in favor of the second class. For example, many EC and ICE trains have insulated compartments in first class, where passengers sit opposite each other. This is an ideal option for traveling with a company — when traveling alone, you will have to look at a stranger for the entire journey. However, in first class the passenger will have more legroom and the ability to book a specific seat in the carriage on the Internet. On interregional routes, food is provided for an additional fee: it can be provided either in a separate dining car, or delivered by a staff member.

BusesFernbus offer the minimum level of comfort, but today all intercity routes have lavatories with holding tanks, separate places for hand luggage and, sometimes, Wi-Fi, but power plugs near the seats are extremely rare.

Trains in Germany: how not to get confused?

Rail transport in Germany is comfortable and popular, but it is easy for a newcomer to Germany to get confused by its varieties.

How to save money on transport in Germany?

Where to buy a ticket?

Other transport: car rental in Germany

There are several car rental services in Germany. Some of them have franchises all over the world, while others are local companies. You can book a car both online and directly at the agency. In case of ordering online, the choice is much greater, because the distributor has the opportunity to have time to bring the exact car that he needs for the driver. When renting a car, there are a few things to pay attention to.

Interesting facts about transport in Germany