Xi'an Jiaotong University or 西安交通大学 (XJTU) - public higher education institution in China. XJTU was founded in 1896. The university campus is of urban type and is located in the vicinity of Xi'an.

University ranking. Xi'an Jiaotong University is a well known educational institution in China that firmly holds its position among the top 20 universities of the country. Xi'an Jiaotong University is among the top 5% of world universities Strong suits of the university are: «Engineering and Technology», «Natural Science», «Social Sciences and Management», «Mathematics», «Computer Science». The university is one of the best when it comes to the quality of education, ranking in the top 400 in international rankings. Thanks to its high educational standards the university graduates are quite popular among employers of China and the world.

Application process and the cost of tuition. The applicants must pass examinations as a part of the admission process. Traditionally the academic year is divided into semesters like in many other universities of China. XJTU has affordable bachelor’s programs that cost less than 3,000 USD/year. A master’s degree of XJTU will cost a student a significant sum of 5,823 USD per year. It is important to check for current tuition fees on (http://www.xjtu.edu.cn) with the desirable faculty in mind.

The composition of the university. Xi'an Jiaotong University is a big educational institution, attended by more than 30 thousand students. Being a foreign citizen does not exclude you from the admission process. The ratio of foreign students at XJTU is 7% of all students. The academic staff of XJTU includes more than 3 thousand teachers and professors. The university is an active participant of international programs aimed at academic exchange of students between the educational institutions. University’s social media profiles can give you more information about the students and current events: Linkedin.

Infrastructure of XJTU. The university has a functioning library. For those who require accommodations dormitories on and off campus are offered.
Despite the ongoing pandemic and current political agenda, admission to foreign universities will continue under normal conditions.
Free consultation UniPage services
Location on map 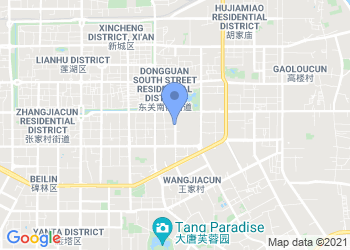 Today’s Xi’an Jiaotong University is a comprehensive research-oriented university with its focus on science and engineering. Its programs cover the fields of science, engineering, medicine, economics, management, literature and arts, law, philosophy, and education. It consists of 17 schools, offering 74 undergraduate programs, 199 master programs, and 114 doctoral programs. In 2007, the number of full-time undergraduate students was over 17,000 and that of graduate students nearly 13,000. Over 1100 international students from about 50 countries studied at the university. There are more than 2,500 full-time faculty members, dedication to both teaching and research. The current faculty includes 16 members of the Chinese Academy of Science and the Chinese Academy of Engineering, as well as members of the American Academy of Engineering, the British Royal Academy, and the Third-World Academy of Science. As one of the first listing universities, the university has been authorized to accept international students of Chinese Government Scholarship since 1950. Up to now, the university has trained over 5,000 international students from more than 52 countries and regions. The majors, which most international students study, are Chinese language, MBBS (in English medium), Management, Electronic and Electrical Engineering, Computer Science, Mechanical Engineering, Energy and Power Engineering, Public Policy and Management, Economics and Finance and Traditional Chinese Medicine.