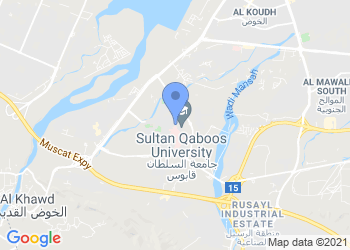 UniPage Services Admissions assistance
Sultan Qaboos University (SQU) - public higher education institution in Oman. SQU was established in 1986. The university campus is of urban type and is located in the vicinity of Muscat.

Application process and the cost of tuition. The main criterion of admission is the academic performance of the applicant. High competition at Sultan Qaboos University allows only 1 out of 5 applicants to be accepted. The academic schedule is divided into semesters. If you want to obtain your master’s at SQU this will cost you less than 1000 USD. After passing a rather difficult admission process, the students can count on financial support in the form of a scholarship. More information about tuition fees and admission requirements can be found on the official website of the university(http://www.squ.edu.om).

Infrastructure of SQU. The university has a functioning library. For those who require accommodations dormitories on and off campus are offered.

Sultan Qaboos University is the realization of the promise announced by the Sultan of Oman, His. Majesty Sultan Qaboos Bin Said during the 10th anniversary of Oman’s National Day in 1980. Work on the university started in 1982 and the first students were enrolled in 1986. The University commenced with five colleges; namely Medicine, Engineering, Agriculture, Education and Science. Furthermore the College of Arts was established in 1987, following the College of Commerce and Economics which was developed in 1993. The College of Law joined the University in 2006 and finally the College of Nursing was established in 2008. Today the university is home to more than 14,000 undergraduate and close to 1500 postgraduate students. Set in a valley beneath the stark panorama of the nearby foothills of the Oman Mountains, the University is a tasteful array of buildings designed with arches and courtyards and constructed in white and pink sandstone in a manner that reflects traditional Omani and Islamic architecture. The University was constructed on an axis in the valley with one end aligned toward Mecca. We currently have close to 1500 students enrolled in master's and PhD programs covering medicine, engineering, science, the environment, agriculture, marine sciences, commerce,...