Kingston University (KUL) - public higher education institution in United Kingdom. KUL was founded in 1899. One of the attractions of the capital of United Kingdom is the main campus of KUL.

Application process and the cost of tuition. It is important to mention that the applicants are evaluated based on the previous academic performance. The academic year is divided into semesters like in many other educational institutions of United Kingdom. A year of bachelor studies will cost you around 6,037 USD. Doing your master’s studies at KUL is not cheap - a year of studies will cost you 11,000 USD. On the official website (http://www.kingston.ac.uk) of the university you can find a more accurate information regarding the tuition fees of different programs.

The composition of the university. Kingston University is medium in scale, teaching no more than 18 thousand students at a time. Foreign citizens can also apply to the university. Today, about the quarter of all students are foreigners. At KUL the academic staff counts 1000 various specialists. The academic staff mainly consists of foreign specialists During studies the students have the opportunity to participate in the international exchange programs. You can meet the students by following the university on social media: Twitter, Youtube, Facebook, Linkedin.

Infrastructure of KUL. The university has its own library. It belongs to the Association of Commonwealth Universities (ACU) and is also a member of the European University Association (EUA), Million+, Universities UK.
Free consultation UniPage services
Location on map 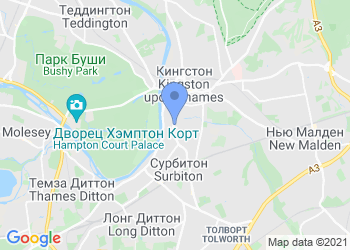