Ocean University of China or 中国海洋大学 (Haida) - public higher education institution in China. Haida began its academic activity in1924. The university campus is of urban type and is located in the vicinity of Qingdao.

Application process and the cost of tuition. The students must pass examinations in order to enroll to the university. Ocean University of China chose to divide its academic year into semesters. As a state university, Haida provides scholarships to remarkable students.

The composition of the university. Ocean University of China is considered to be a large university, teaching more than 29,000 students. Both citizens and foreigners are able to apply. 2% of all students are foreigners. The academic staff includes more than 1800 teachers and professors. You can meet the students by following the university on social media: Linkedin.

Infrastructure of Haida. The university has its own library. Also the university provides accommodations in the form of dormitories. In addition it has a developed infrastructure for students who do sports.
Despite the ongoing pandemic and current political agenda, admission to foreign universities will continue under normal conditions.
Free consultation UniPage services
Location on map 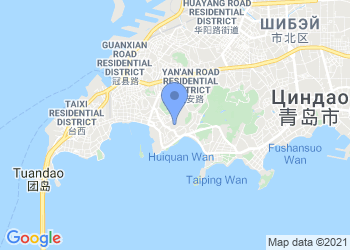