The City College of New York

The City College of New York (CCNY) - public higher education institution in United States. CCNY began its activity in 1847. It has an urban campus located in New York City.

University ranking. The City College of New York is one of the most famous and prestigious universities in the world.

Application process and the cost of tuition. The admission board requests both the certificate of previous academic performance and examination results. It is worth mentioning that CCNY is characterized by a mild competition among the students, there are only 2 applicants per seat. Traditionally the academic year is divided into semesters like in many other universities of United States. The cost of tuition for the bachelor’s programs is around 10,000 USD per year. CCNY is considered to be a pricey option when it comes to obtaining a master’s degree - 10,000 USD per year of study. Also the university allows students to participate in scholarship programs, that can dramatically reduce the cost of their tuition. More information about tuition fees and admission requirements can be found on the official website of the university(http://www.ccny.cuny.edu).

The composition of the university. The City College of New York is average in size with a capacity of 12 thousand students. The admission committee accepts the applications from foreign citizens. At CCNY there are about 10% of foreigners. The education is conducted by 401 teachers and professors. The university provides its students with the opportunity to participate in the international exchange programs. To learn more about the students and alumni of the university you can visit the university’s social media pages: Flickr, Twitter, Youtube, Facebook, Linkedin. 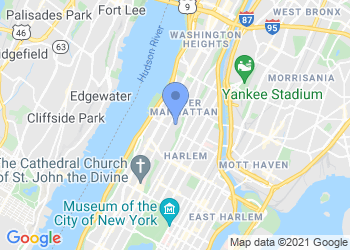