Application process and the cost of tuition. The enrollment is based on the exam results. Traditionally the academic year is divided into semesters like in many other universities of Brazil. UFMG has affordable bachelor’s programs that cost less than 1,000 USD/year. The master’s degree will cost an applicant about 1,000 USD per an academic year. Despite the tuition gees being quite low, the students often participate in scholarship programs. There is also an option to enroll in online programs, kindly provided by the university. More information about tuition fees and admission requirements can be found on the official website of the university(http://www.ufmg.br).

Infrastructure of UFMG. The library is available to all of the students. The campus dormitories that can be offered to the students upon request.
Despite the ongoing pandemic and current political agenda, admission to foreign universities will continue under normal conditions.
Free consultation UniPage services
Location on map 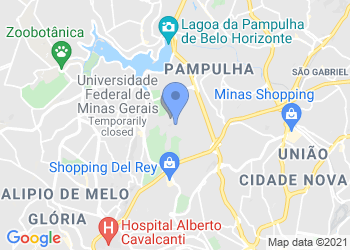 The Federal University of Minas Gerais — UFMG is renowned for its graduate studies and research in Brazil. UFMG offers two kinds of graduate programs, classified as stricto sensu and lato sensu. Stricto sensu programs are master’s and doctoral programs, and they aim at training highly qualified professionals to teach, research and contribute to scientific and technological development. Lato sensu programs are specialization courses that offer specific qualification and aim at training professionals for the job market.

The origins in Brazil of the university go back as far as the 19th century, when it first appeared in the Republic as a continuation of a process that began during the Empire, with the opening of the first institutions of higher education. In Minas Gerais, the first institution of higher education, the School of Pharmacy in Ouro Preto, was founded in 1839. In 1875, the School of Mining was created and, in 1892, already under the Republican regime, the School of Law was established in the ancient capital of the state. In 1898, when the capital was moved to Belo Horizonte, the School of Law was moved as well. Then, in 1907, the Free School of Dentistry was created and, four years later, the Schools of Medicine and Engineering opened. In 1911, the School of Pharmacy was added to the Free School of Dentistry. A group of patriots, the "Inconfidentes," who rebelled against Portuguese domination, conceived of the idea of a university in the state of Minas Gerais, which was founded as the Universidade de Minas Gerais (UMG) in 1927. The state-subsidized private institution brought together the four institutions of higher learning that existed in Belo Horizonte. UMG remained...

Universidade Federal de Minas Gerais (Federal University of Minas Gerais – UFMG) is a public institution, recognised as an outstanding centre of excellence in Brazil, both in terms of academic-scientific production and professional training in the context of the Brazilian higher education system. UFMG has four campuses occupying a total area of 8,76 million square meters and a built-in area encompassing 639 thousand square meters. Altogether UFMG has 20 academic units, 03 special units, 03 administrative units, 02 hospitals and 25 libraries. The University offers 75 undergraduate courses, 78 graduate programs and 68 continuing education ones, in all fields of knowledge, with more than 50,000 students enrolled. 95% of UFMG's undergraduate courses have maximum score on the IGC indicator (General Undergraduate Course Index Brazilian Ministry of Education), and 68% of UFMG graduate programmes at PhD level are classified as centres of excellence according to assessments made by the Brazilian Ministry of Education. Abroad, UFMG is one of the Brazilian universities that stands out in the main universities rankings. As one of Brazil's largest research universities, UFMG is committed to strike a balance between the high quality of its courses in both undergraduate and graduate levels, the expanding impact of its research, and the growing social relevance of its academic activities