National University of Cuyo (UNCUYO) - public higher education institution in Argentina. UNCUYO was founded in 1939. The main campus of the university is located in Mendoza.

Application process and the cost of tuition. The students must pass examinations in order to get admitted to the university. The academic year is traditionally consists of two semesters. Studying bachelor’s at UNCUYO is relatively inexpensive - only 1,000 USD per year. In order to obtain a master’s degree the student must spend about 1,000 USD per year. On the official website (http://www.uncu.edu.ar) of the university you can find a more accurate information regarding the tuition fees of different programs.

The composition of the university. National University of Cuyo is among the largest universities that educates more then 38 thousand students. Foreign citizens can also apply to the university. The ratio of foreign students at UNCUYO is 10% of all students. More than 3 thousand teachers are employed by the university.

Infrastructure of UNCUYO. The university has its own library. Students also finds the developed sports infrastructure of the university very attractive.
Despite the ongoing pandemic and current political agenda, admission to foreign universities will continue under normal conditions.
Free consultation UniPage services
Location on map 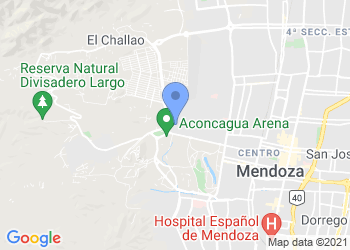