Universities in Argentina have a long history and rich traditions. The first universities were founded in the 17th century by Spanish Jesuits. Now the popularity of Argentine education is growing, and so does the prestige of the universities. The universities in Chile, Brazil, and Mexico are still the highest-ranking educational institutions in Latin America, but Argentine universities are catching up. The stream of foreigners who come to the country for free education is also increasing every year. Argentina has already become the country with the greatest number of international students[1] in Latin America. 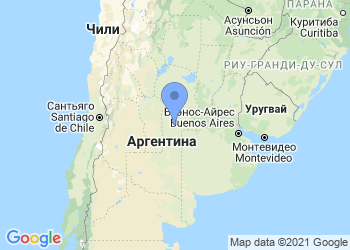 Disadvantages of universities in Argentina

Requirements for admission to universities in Argentina

The table shows approximate prices. Check the information on the websites of educational institutions.

There are no entrance examinations for Bachelor's degree programs in public universities. Instead, one-year preparatory courses must be taken. For admission, you will need a certificate of secondary education with an apostille and proof of proficiency in Spanish. Private universities and Master's / doctoral programs may have entrance examinations.

The deadlines for submission of documents are set by the universities themselves, usually 4-6 months before the beginning of studies. The academic year lasts from March to December.

Types of educational institutions in Argentina

Higher education institutions are accountable to the Argentine Ministry of Education. It issues decrees, determines the directions of development of universities, and controls the quality of programs.

Vocational education institutions in Argentina are primarily accountable to the governments of corresponding federal regions. Decrees of the Ministry of Education do not apply to them. Because of this, the programs, the learning process, and the rules for admission and graduation vary greatly from province to province.

The most popular educational programs are Business Administration, Computer Science, Agriculture, Tourism, and programs for auxiliary medical personnel. The training takes place only in Spanish[1] and lasts from two to four years. Then you can continue your education either in an undergraduate program or in ciclos de complementación courses. They last one or two years. The graduate receives a Bachelor's degree.

Education in state colleges is free, but it is still not in demand among foreigners — nearly all international students study in higher education institutions.

Undergraduate studies in state universities are free, and Master's and doctoral programs are much cheaper than in private ones. Prices for doctoral programs start at 3300 ARS per year excluding additional fees[3]. Due to their accessibility, 79% of Argentine students study at public universities[1].

The most prestigious university in the country, the University of Buenos Aires, is also public. It is ranked 8th in the list of the best universities in Latin America and 66th in the world according to QS[4].

Education in all private universities is paid. On average, prices are 3,000 USD per year. There are no compulsory preparatory courses, unlike in state universities, but there are entrance exams.

Education in private and public universities is considered equally prestigious. Both are represented in the rankings in nearly the same numbers: of the top-10 best universities in Argentina, six are private and four are public[4]. Therefore, the prestige of education depends mostly on the reputation of a particular educational institution. At the same time, private universities have a more individual approach to education. In groups of 20 people, not 50, like in overcrowded state universities, the quality and conditions of teaching materials is better, and professors devote more time to each student.

National Council of Universities (Consejo Interuniversitario Nacional, CIN) is a non-governmental organization that unites 56 public universities. It coordinates the activities of national and regional universities, introduces general rules and plans for university development, and participates in quality control of programs. CIN encourages research projects, provides scholarships for students and teachers, and organizes exchange programs with other Latin American universities.

The Association of Universities of the Montevideo Group (Asociación de Universidades Grupo Montevideo, AUGM) is an international non-governmental organization that includes 40 public universities in Argentina, Bolivia, Brazil, Chile, Paraguay, and Uruguay. AUGM standardizes the academic structure, programs, and educational documents of its participating universities. The association encourages collaborations of scientists, conducts exchange programs for students, faculty, and administrative staff, interacts with government authorities, and advocates for the interests of universities. The main goal of the organization is to create a common academic space in the region, similar to the Bologna Process in Europe.

According to law, undergraduate studies at Argentine universities are free. There are no entrance exams either, everyone is accepted. There are only two conditions: complete secondary education and proficiency in Spanish at the B2 level.

If you want to go to a private university, but don’t have enough money to study, you can try to win one of the scholarships. They are offered by universities themselves, or by governmental and non-governmental organizations. For example, the Mente Argentina Scholarship Program or IAE Business School Scholarship.

Interesting facts about universities in Argentina