Application process and the cost of tuition. The admission is based on the results of the examinations. After submitting the required documents more then (60 percent of applicants receive their letters of acceptance. Keep in mind that when applying to UCA the ratio of accepted students may vary depending on the popularity of the chosen program. The academic schedule is divided into semesters. A year of bachelor studies will cost you around 5,000 USD. UCA is considered to be a pricey option when it comes to obtaining a master’s degree - 5,000 USD per year of study. Even though the tuition fees are not that high, the students still can apply for scholarship. Before starting to plan your education at UCA read more information on the official website http://www.uca.edu.ar.

Infrastructure of UCA. The university has a dedicated library. The university is one of the International Federation of Catholic Universities (IFCU).
Free consultation UniPage services
Location on map 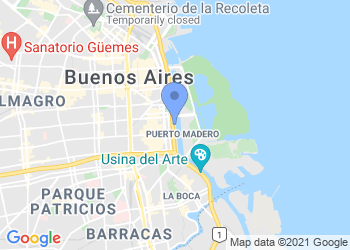