Application process and the cost of tuition. The admission is based on the results of the examinations. The academic year is traditionally consists of two semesters. 1,000 USD/год. A year of master’s studies at UFS will usually cost 1,000 USD per year. UFS is changing with the times and now offers online programs in addition to traditional full-time ones. On the university’s official website (https://www.ufs.br) you can find more accurate information on programs and tuition.

The composition of the university. Federal University of Sergipe is medium in scale, teaching no more than 15 thousand students at a time. More than 1700 teachers are employed by the university. UFS has the following social media pages Flickr, Twitter, Facebook, Linkedin.

Infrastructure of UFS. There is a library on the campus. In addition it has a developed infrastructure for students who do sports.
Despite the ongoing pandemic and current political agenda, admission to foreign universities will continue under normal conditions.
Free consultation UniPage services
Location on map 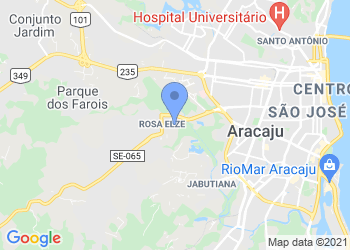 Free consultation Why choose UniPage
Universities related to Federal University of Sergipe
Universities in this country
Information is exploratory. For accurate information, refer to the official website of the school.
Advanced search
Showing 1-5 of 1,888 items.