Pontifical Catholic University of São Paulo (PUCSP) - private nonprofit higher education institution in Brazil. PUCSP began its academic activity in1946. The university campus is of urban type and is located in the vicinity of Sao Paulo.

Application process and the cost of tuition. The applicant must pass examinations as a part of the admission process. The academic year is traditionally consists of two semesters. The university has affordable master’s programs for as low as 1000 USD per year. On the official website of the university (http://www.pucsp.br) you can read more about the programs and associated tuition fees.

The composition of the university. Being a medium scale university, Pontifical Catholic University of São Paulo teaches more than 6 thousand students. Being a foreign citizen does not exclude you from the admission process. The ratio of foreign students at PUCSP is 1% of all students. 732 specialists are employed by the university. The university offers its students and the academic staff to participate in the international exchange programs. PUCSP has the following social media pages Twitter, Facebook, Linkedin.

Infrastructure of PUCSP. The university has its own library. In addition it has a developed infrastructure for students who do sports.
Despite the ongoing pandemic and current political agenda, admission to foreign universities will continue under normal conditions.
Free consultation UniPage services
Location on map 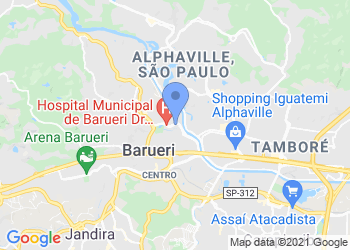