Application process and the cost of tuition. The main criterion for admission is examination results. The process of admission is not complicated by student competition as there are only 3 applicants per seat. The academic year is traditionally consists of two semesters. Studying bachelor’s at UFRRJ is relatively inexpensive - only 1,000 USD per year. When applying for master’s programs at UFRRJ a student should take into account that a year of studies will cost him/her around 1,000 USD. UFRRJ is changing with the times and now offers online programs in addition to traditional full-time ones. On the official website of the university (http://www.ufrrj.br) you can read more about the programs and associated tuition fees.

The composition of the university. Federal Rural University of Rio de Janeiro is average in size with a capacity of 10 thousand students. The admission committee accepts the applications from foreign citizens. The teaching staff consists of more than 2000 specialists. The university offers its students and the academic staff to participate in the international exchange programs.

Infrastructure of UFRRJ. The university has a functioning library. For those who require accommodations dormitories on and off campus are offered. The university is a part of the Conselho de Reitores das Universidades Brasileiras (CRUB) in addition to being a member of the Rede Nacional de Extensão (RENEX), Associação do Grupo Coimbra de Universidades Brasileiras (GCUB), Associação Nacional dos Dirigentes das Instituições de Ensino Superior (ANDIFES).
Free consultation UniPage services
Location on map 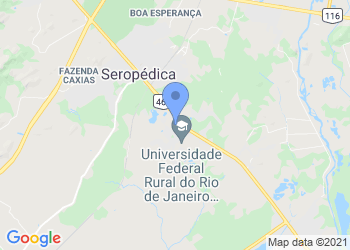