In 1944, the international faculty of Moscow State University separated to become independent. Thus began the story of the largest university of international relations in Russia.

Already 2 years after its foundation, the institute began to accept students from other countries for training. Initially, applicants could choose the international, economic, legal faculties or the oriental branchsince 1954 after merging with the Moscow Institute of Oriental studies.

Gradually, MGIMO expanded the number of faculties and areas of training. To the economic faculty, the departments of foreign trade and external economic activity were added, the faculties of international relations, journalism, international business, business administration, and political science were opened.

In 1994, at the initiative of the Government of the Russian Federation, the university began training specialists in the field of state and municipal administration. The same year, MGIMO was given the status of a state university[2].

Since 2000, MGIMO has begun training for the development of international energy cooperation. The leading oil, gas and energy companies of the country came up with such an initiative.

In 2013, the university received international accreditation of all training programs at 3 levels of education, becoming the first university in Russia to implement such a project[3]. 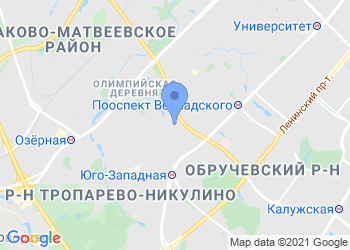 The university has 10 faculties (schools), 3 institutes, School of Business and International Proficiency, and a military department. In addition, more than 10 scientific and educational units and centers operate here[4].

In 2016, the first MGIMO branch in Odintsovo was opened, which provides training for undergraduate, graduate, secondary vocational (MGIMO college) and secondary general education (lyceum named after A.M. Gorchakov). There are 4 faculties in the Odintsovo branch:

The complete list of bachelor’s and master’s programs is available on the official website. Here is the overview of Russian-taught undergraduate programs with a number of seats and tuition fees.

The number of seats available at Odintsovo Branch of MGIMO University can be found here.

Advantages of studying at MGIMO

Disadvantages of studying in MGIMO

Acceptance of applications and documents from foreign undergraduate applicants is held from mid-June to early July. Documents for admission must be printed, signed and personally submitted to the International Office:

After submitting the documents, the applicant must pass the entrance tests in the Russian language (written exam and interview) and a foreign language (written test in English, French or German). In case of successful completion of the tests, it is necessary to pay for training and sign a contract with the university. Those who have not coped with the Russian test are offered to complete a one-year preparatory course. There are also intensive two-week courses in Russian and English available prior to taking entrance examinations.

To apply to MGIMO Master's Programs a student must register and fill in an application form on the official website. Please note that registration in English is available for a limited number of programs that are taught fully or partially in English. For applying to Russian-taught programs refer to the Russian registration page.

Further procedure suggests taking two entrance examinations: a foreign language and a major subject[17]. The selection process is unified for both domestic and international students.

The following documents are subject to in-person submission:

To date, MGIMO has signed more than 140 cooperation agreements with foreign universities, institutes, research centers from 44 countries[18]. The university’s partners are the London School of Economics and Political Science, the Free University of Berlin, the Paris Institute of Political Science, and universities in the USA, Japan, China, Germany and other countries. Cooperation is conducted in several areas:

MGIMO is recruiting students for double-degree programs, most of which are master's.

Look through the full list of dual degree programs in Russian and in English.

Additional professional education programs are implemented by the MGIMO School of Business and International Competencies, which is accredited by the Association of MBAs. The training is held under several programs, including Executive MBA, MBA, Pre-MBA and internships in foreign partner schools.

While studying at MGIMO, students can contact the International Management Department and apply for internships at one of the foreign universities with which MGIMO has an agreement. The costs associated with paperwork, moving, accommodations and meals are paid by the student.

Duration of internship abroad, as a rule, does not exceed 1 semester. In some cases, an extension of up to 2 semesters is possible. The internship can be in the framework of agreements with partner universities or initiated by the student (independently finds a place of study and draws up all the necessary documents). To participate in the competition you must have:

The process of participation in the competition:

All documents are submitted to the International department of MGIMO until September 15 for internship in the spring semester, until February 15 – in the autumn semester. By agreement with the dean's office, the internship can be counted as a student bachelor’s practice.

About 20 organizations exist within the student community of MGIMO. The largest by far is the Student Union. The organization unites more than a thousand university students who participate in the work of one or several independent departments (design, press service, cultural events organization, etc.). Each year, members of the student union prepare dozens of events:

Moscow Model UN is an annual scientific conference that takes place in the form of a role-playing game and brings together more than 500 delegates. For several days, university and high school students try on the role of official representatives of the UN member countries and international organizations to discuss issues on the committee's agenda. The goal of the participants of the five-day event is to abstract from the personal point of view (to uphold the official position of the represented country) and adopt a resolution on the agenda of the committee.

Campus. MGIMO is often called a "lying skyscraper" or a “city ​​in a city”. Five buildings, a library and a sports center are connected by crossings, providing the ability to move throughout the territory without going outside. In the corridors there are navigation plates that help to orient to those who first got to the university. The buildings contain everything you need: cafes, canteens, library rooms, a bookstore, gyms and a swimming pool. There is free Wi-Fi throughout the campus. Students can spend their free time in rooms equipped with computers and headphones for self-study. There are 4 dormitories owned by MGIMO. International students tend to live in the one which is on campus – Dorm #2 "Vernadsky". The cost of living is about 6 USD per night in a double room (for one person). Library named after I. G. Tyulin. The fund of scientific publications includes more than 740 thousand books in 55 foreign languages, including the fund of rare and valuable books, which collected domestic and foreign documents from the 13th century. MGIMO students gain access to the reading rooms and the electronic catalog.

Pros. The prospect of occupying high political and governmental positions, the opportunity to undergo international internships (students with high ratings participate in programs several times). Convenient location of educational buildings, which allows you not to waste time moving during the school day. Meetings with interesting speakers, practice at the Ministry of Foreign Affairs, the Ministry of Economic Development and the UN system. Busy student life (festivals, clubs, summer schools).

Cons. The training load (six days with attendance control) does not provide the opportunity to simultaneously gain work experience even in senior years, so many graduates note a lack of real practice at the end of their studies. "Lottery" with the 2nd language, in which personal preferences are virtually not taken into account. Poor conditions in dormitories (frequent shutdown of hot water, cockroaches, lack of cosmetic repairs).