Stanford University (SU) is one of the most famous education and research centers of the world, one of the most advanced universities in the field of high technology and IT. Many Stanford graduates founded their own commercial projects which today bring billions of profits. 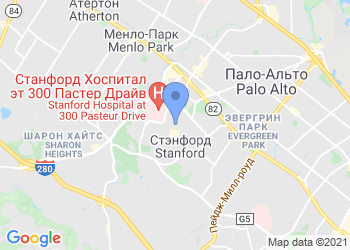 Study Cost of Doing a Master’s Course at Stanford University

Stanford University was founded in 1885 by a former governor of California and an entrepreneur Leland Stanford. The businessman moved to the West during the Gold Rush and made his fortune as a railroad tycoon. The university was founded and named in honor of Leland Stanford Jr., who died suddenly from typhus at the age of 15 in 1884. A few weeks after Leland's death, Mr. Stanford told his wife Jane that he wanted to immortalize their son's name, and from that moment ‘the children of California shall be our children’. The university campus project was designed by an architect and designer Frederick Law Olmsted who also designed Central Park and Prospect Park in New York city.

The first academic year began on October 1, 1891. Since the first days of lectures, men and women studying together has been introduced here which for that time has become quite a bold and progressive step. The University withstood the earthquake in 1906 but with serious losses: most of the campus was destroyed. The university has often experienced financial difficulties.

In the 1930s, a professor Frederick Terman encouraged his students and graduates to try their hand at so-called educational enterprises. Many of them founded their own companies next to the university, and so the foundation of Silicon Valley was laid — a huge region where the largest IT companies are located.

Infrastructure and Location of Stanford University

Stanford University is located in Palo Alto, a small town, in the heart of famous Silicon Valley. It takes half an hour to get there from San Francisco (California, USA). The university campus, as well as laboratories and other buildings of the university, are located on 8180 acres (more than 33 km²) of land. There are more than seven hundred buildings at the disposal of Stanford University, and the university classrooms are equipped with the cutting-edge technology.

There are 18 independent laboratories, scientific centers and institutes on the Stanford campus, and 20 libraries are available for students practically during 24 hours. Not far from the university campus are several hospitals and clinics, there is also a church, a shopping center (which has 140 boutiques and shops) and even an art gallery on its territory.

Stanford University uses a unique for the USA quarter system of education — in the majority of other American universities students study in accordance with semester division, so the exams dates and the beginning of academic year at Stanford are different from all other universities. The summer quarter is short and students do not need to fill it with courses, but during the summer, you can quickly earn the necessary credits and be ready in advance for the thesis or term paper presentation.

Why is it Worth Choosing Stanford University?

Statistics of Admission at Stanford University

If an applicant enters a creative course, it is necessary to prepare an appropriate portfolio and submit documents a month before the deadlines of all other fields.

Scholarships and Grants at Stanford University

More than 80% of Stanford students receive financial aid, 58% of them are financed from the university fund, other students are given support by private organisations. Foreign students do not have the opportunity to receive financial aid directly from the university — this is done by outside organizations. Consequently, the amount of aid for foreign students may be lower than for the USA citizens because most of the help to American students is provided by the university (an average scholarship is 51,614 USD). And these organizations give undergraduate students support only in case if the application for financial aid was filled in when they submitted documents to Stanford University.

Financial aid is also offered to foreign students of master's and PhD programs who study engineering, environmental disciplines, space sciences and related disciplines. There are programs for future engineers DOE Computational Science Graduate Fellowship, Ford Fellowship, Fulbright-Hays and many others at Stanford University. The scholarships range from 10,000 USD to 38,000 USD.

There is one of NASA's research laboratories in Stanford, and the organization could not refuse to provide financial aid to university students. The scholarship is called NASA Space Technology Research Fellowships. The program is aimed at supporting postgraduate students conducting research in the field of space development. The maximum scholarship is 78,000 USD.

Stanford University also provides scholarships for students who study the humanities and who in the future wish to devote their lives to teaching (at schools or universities). The scholarship ranges from 4,000 USD to 8,000 USD for 9 months of study.

In addition, Stanford University has grants from the Graduate Student Aid fund. Assistance is offered to PhD students who are in a difficult financial situation (high costs for treatment, dental services) and cannot solve their financial problems on their own. The amount of the grant depends on a particular situation and is discussed with each student individually.

Apply for a scholarship search

Students at Stanford University have a unique chance to become holders of two diplomas in different fields. Most often this opportunity is used by students of MBA programs, combining the chosen field with an engineering or economic specialty (for example, for a couple of years you can get an MBA and a master's degree in computer science, environmental safety or international politics and law). You can study for the second specialty both at the university itself and at partner universities which Stanford University has signed cooperation agreements with. Postgraduate students have the opportunity to obtain the Ivy League Universities degrees at Harvard Kennedy School, Harvard Medical School, Woodrow Wilson School of Public and International Affairs at Princeton University, Yale Law School and the Yale School of Medicine.

Stanford University, like any other prestigious university, is interested in attracting the most talented and intellectually advanced students, so when considering applications, the admission committee does not take into account the solvency of an applicant. Moreover, the university allocates considerable funds for financing talented students who would like to study at Stanford University, but do not have such an opportunity since the cost of an annual program ranges from 30,000 USD to 60,000 USD (depending on the field of study).

Students whose families have income of less than 125,000 USD per year can claim aid from the university. In this case, students are exempt from tuition fees. If the family income is less than 65,000 USD per year, a student does not pay tuition fee, dormitory accommodation and meals in student canteens located on campus.

In any case, a student will have to pay some amount of money starting from 5,000 USD even if the university fully covers the studying costs. You can earn money on the campus (for example, a student can assist a teacher or help in a laboratory or library) or work during the summer vacation to get this sum of money back.

The cost of living in a single apartment is about 350 USD per month. The rooms in almost all halls of residence are standard, furnished with a desk, bed, wardrobe, a pair of chairs, a reading lamp and bookshelves. Toilet, shower and kitchen are shared with other students. There are rooms for rest and studying in the buildings, where students can have fun together with their fellow students.

The Process of Entrance to Stanford University

Many people want to study at Stanford University, but only a few of them enter it because it is one of the most selective and demanding US universities. Admission to Stanford University involves participation in a stiff competitive selection based on the academic performance of an entrant, his/her personal qualities and achievements. If a future student has leadership qualities, the desire to change the world and to contribute to the development of science, it plays a primary role in the final decision of the admission committee.

At Stanford University, first of all, applicants with high ACT or SAT exam tests scores, excellent knowledge of the English language confirmed by the American TOEFL certificate and a high average score of the diploma or certificate of general secondary education are considered. In addition to meeting standard requirements, the Stanford University admission committee expects an applicant to write an essay or a Statement of Purpose in English where a future student needs to demonstrate his/her goals and the experience he/she has gained during the years of studying or work.

A university entrant should have a clear idea of what he/she wants to do in the future and what benefits he/she can bring other people (especially it concerns entrants who apply for postgraduate degree courses). Since Stanford is imbued with the entrepreneurship spirit here the admission committee likes to read motivation letters with original ideas.

At Stanford University, special attention is paid to the personal qualities of a future student, so another equally important point is the availability of academic recommendations (at least three) written by the entrant's teachers (for undergraduates) or professors (it concerns postgraduates). If an applicant enters Stanford University to do an MBA program, he/she needs to provide recommendations from his/her employer or teacher.

The final stage of the entrance campaign is a personal interview. Basically Stanford professors prefer to interview future postgraduate students, asking questions not only about the chosen field of study, but also more general questions to determine the intellectual potential of an applicant and the level of his/her interest in studying.

Preparation of Documents for Stanford University

The admission committee will not consider an applicant if the documents sent by him/her are not in order, i.e. they are incorrectly filled in, have grammatical or lexical errors. Therefore, first of all, it is important to prepare papers in accordance with the requirements and standards set by Stanford University. Even the smallest mistake can cost an applicant a place in a prestigious university.

Each applicant who wants to study abroad makes a decision on his/her own — to enter the university on his/her own, collecting the necessary papers, or to trust the specialists. If you are not completely sure that you will be able to overcome all the difficulties of the entrance campaign on your own, we are ready to offer you our professional help: