Application process and the cost of tuition. In addition to the results of the examinations the applicant must submit a certificate of the previous academic performance. Applicants to United States Coast Guard Academy face serious competition as only 1 out of 4 students will be accepted, thus the application process should be handled with extra care. United States Coast Guard Academy chose to divide its academic year into semesters. The cost of tuition for the bachelor’s programs is around 5,000 USD per year. Those who wish to get their master’s degree here should be ready to spend at least 5,000 USD per year. More information about tuition fees and admission requirements can be found on the official website of the university(https://www.uscga.edu).

The composition of the university. United States Coast Guard Academy is quite small, with 2000 students attending its classes. The university accepts applications from foreign students. You can meet the students by following the university on social media: Twitter, Facebook.

Infrastructure of USCGA. The university has a dedicated library. The campus dormitories that can be offered to the students upon request.
Despite the ongoing pandemic and current political agenda, admission to foreign universities will continue under normal conditions.
Free consultation UniPage services
Location on map 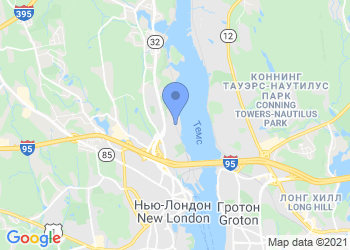