Application process and the cost of tuition. The academic year is traditionally divided into semesters. The cost of tuition for some bachelor’s programs doesn’t exceed 1000 USD for foreign students. If you want to obtain your master’s at UR1 this will cost you less than 1000 USD. Some students can’t attend full-time programs, especially for them the university created special online programs. More information regarding tuition, admission and programs is available on the official website http://www.univ-rennes1.fr.

Infrastructure of UR1. The library is available to all of the students. The university is a member of European University Association (EUA).
UniPage Services Admissions assistance
Location on map 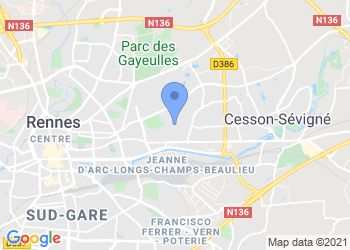 Higher education in France has a long-standing tradition of excellence, dating back to the creation of the first universities during the Middle Ages. Since the Napoleon era the university system, initially highly centralised, has experienced considerable changes, notably the autonomy of universities, the mass democracy of higher education, and the construction of an academic Europe making the system closer to those of other countries. The University of Rennes 1, situated in the Academy of Rennes, was founded in 1969 following the reform in 1968 and is a state university. This public university holds a scientific, cultural and professional disposition. The university is multidisciplinary and offer a range of courses in science and technology, health, mathematics, life and environmental science, medicine, pharmaceutical and biological science, dentistry, business, management, etc. Furthermore, the university is busy centre of multidisciplinary research recognised by experts nationwide. Today, the university has 43 research teams, of which 26 are associated or under contract with large national research organisations: 21 units linked to the CNRS, 1 unit linked to the INRA and 4 units linked to the INSERM.