Universities in France take an important place in the intellectual landscape of Europe. Many of them have a rich history going way back to the 12th century. For the longest time, French universities were considered the most prestigious institutions in the world alongside the University of Oxford and Bologna, so they were available only to upper classes of society. Today, the policy of the French Ministry of Education is quite liberal and seeks to make the French education as attractive and accessible as humanly possible. 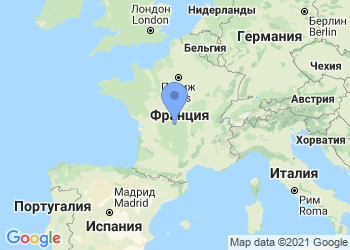 Requirements for admission to universities in France

The minimum costs above are applicable only to Europeancointries included in the EU, EEA + Switzerland, Monaco or Andorra students at public universities. Starting in September 2019 France introduced higher fees for students from countries outside the EU/EE: 3,010 USD/year for undergraduate programs, 4,097 USD/year for master's programs However, the fees for doctoral programs remained the same — 413 USD/year[4].

Universities do not conduct entrance examinations, therefore, anyone who has correctly submitted a full package of required documents can enter a freshman year. The main source of information for any student wishing to study in France is the website of the national agency for the promotion of higher education — Campus France.

Almost all grandes écoles accept students only after completing the preparatory courses CPGE. Great school entrance examinations may include exams, interviews, or portfolio assessments. They usually last for several weeks.

On the other hand, engineering grandes écoles can be entered immediately after school, because the program of the first two years of study repeats the program CPGE. Such a system is considered to be better for several reasons: firstly, students are not just preparing to pass entrance exams, but from the very beginning they study subjects related to the field they are interested in, and secondly, students experience way less stress when passing through entrance tests once, and not twice.

Types of educational institutions in France

French higher education institutions can be divided into three groups:

Universities (Universités) belong to the state. In total there are about 70 of them in France. After the reform of French education, some universities were united under one name with the corresponding number. For example, the name University of Lyon is carried by three different universities with numbers 1, 2 and 3. Admission to such universities is free for all students who have completed high school in France or its equivalent in another country.

Great schools (Grandes écoles) — a group of educational institutions, which includes the most famous and prestigious universities in the country. In France, there are more than 200[5]. It trains highly qualified specialists in the field of engineering, management, economics, military affairs, education and culture. All schools have the right to set their own entrance examinations. In addition, private schools themselves determine the cost of training, in connection with which it can reach quite high values ​​(up to 43,471 USD per year). Great schools are of the following types:

Specialized schools of art are divided into several groups:

Other universities (Écoles extérieures aux universités) operate outside the system of universities and grandes écoles. They are managed by their own administrative council with the assistance of the Academic Council and the Council on Education and Student Life. This group of universities includes technical universities, national universities of applied sciences, as well as central schools (Écoles Centrales) in Lyon, Lille, Marseille and Nantes. For admission, you must complete the preparatory courses and pass the entrance tests.

Vocational education in France corresponds to la filière courte - a short trajectory of higher education. It involves training in technical and scientific universities for two years for future employment in the service sector or production industry. There are two types of programs: DEUST and DUT.

The first option — diplôme d'études universitaires scientifiques et techniques - has a narrower range of available areas and was created primarily to meet local needs for specialists.

The second option — diplôme universitaire de technologie - the most common. Obtaining DUT is possible at technical institutes (institut universitaire de technologie, IUT) and at the National Conservatory of Arts and Trades (Conservatoire national des arts et métiers, CNAM). There are 113 such institutes in France; they are located at university bases and offer training in 24 different areas: commerce, production, transportation, construction, IT, etc. The schedule consists of theoretical and practical classes, as well as independent projects. In addition, each student is required to undergo an internship at the workplace with a length of at least 10 weeks.

Admission is supervised by the Campus France system in the same way as admission to other universities. Students are accepted on the basis of their performance in the previous place of study. Some institutes conduct entrance examinations in the form of tests or interviews.

After the DUT, you can immediately find a job or continue your education on the appropriate programs in the university Licence or grandes école (DUT serves as the equivalent of CPGE).

Public and private universities in France

18% of students in France attend private universities[10]. The status of a private university means that they do not belong to the state. However, some of them have the right to issue state diplomas. In this case, the university receives partial funding, since the state needs to provide students with a level of education worthy of a national diploma. This applies, for example, to the five Catholic universities of France (in Paris, Lille, Angers, Lyon and Toulouse), as well as some engineering and business schools.

Private institutions other than Catholic universities may include:

France has a law under which private universities are not allowed to include the word "university" in their name, as well as to issue bachelor’s, master’s and doctoral degrees[11]. At the same time, those private institutions in which the number of professors is equal to their minimum number at any other public university can take the name “faculté libre”[12]. The name “engineering school” and the corresponding authority are issued to private universities by a special accreditation commission — commission des titres d'ingénieur (CTI)[13]. Given all of the above, diplomas and certificates of private institutions can be recognized by the state.

According to the law on higher education, adopted in France in 2013, universities founded by non-profit organizations can apply for recognition by the state. By September 1, 2019, 61 private non-profit universities were awarded a state qualification, établissement d'enseignement supérieur privé d'intérêt général (EESPIG)[14].

In addition to the above disadvantages, private organizations differ from state ones in the high cost of training — the average price is 13,041 USD per year.

On the bright side, there are fewer students in private universities (only 18% of the total number of students go there) and better funding.

Groups and associations of French universities

Starting in 2016, universities and research centers can join to form special associations — COMUE (COMmunautés d'Universités et Établissements). They replaced the existing PRES (Pôles de recherche et d'Enseignement supérieur), in contrast to which COMUE can issue degrees and have a specialized budget. The purpose of associations is to coordinate training programs and research areas, as well as facilitate the transfer of students between participating universities[15]. Today in France there are 19 COMUE. The largest association is Université Fédérale Toulouse-Midi-Pyrénées, which unites more than 30 educational institutions of Occitania. And one more — Université Paris-Sciences-et-Lettres or PSL — takes 53 place in the ranking of the best universities in the world according to QS[6].

France is one of the few countries where one can study at public universities almost for free. Tuition fees do not exceed 413 USD/year for Europeancointries included in the EU, EEA + Switzerland, Monaco or Andorra Students and 4,097 USD/year for non-EU/EEA students. Moreover, both the French government and many French universities offer their students a large number of scholarships that will significantly or completely cover the cost of education.

A complete list of scholarships with all relevant information on their receipt can be found in a special section of the Campus France website and its catalogue — Campus Bourses.