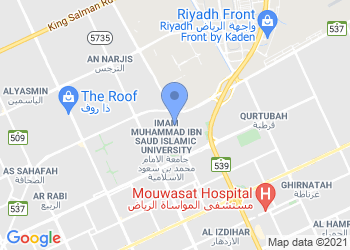 Application process and the cost of tuition. The admission board requests both the certificate of previous academic performance and examination results. Upon review about(80%) of applicants receive a positive response. Traditionally the academic year is divided into semesters like in many other universities of Saudi Arabia. Studying bachelor’s at IMAMU is relatively inexpensive - only 1,000 USD per year. In order to obtain a master’s degree the student must spend about 1,000 USD per year. In addition to low tuition fees the university provides the students with extra financial assistance in the form of scholarships. The students of the university can also receive their degree online. It is important to check for current tuition fees on (http://imamu.edu.sa) with the desirable faculty in mind.

The composition of the university. Al Imam Muhammad Ibn Saud Islamic University is among the largest universities that educates more then 56 thousand students. The admission committee accepts the applications from foreign citizens. The ratio is 1 foreign student to 7 local ones. More than 7 thousand teachers are employed by the university. A large number of teachers are foreign specialists. The university is an active participant of international programs aimed at academic exchange of students between the educational institutions. University’s social media profiles can give you more information about the students and current events: Flickr, Twitter, Youtube, Facebook, Linkedin.