Application process and the cost of tuition. The students must pass examinations in order to enroll to the university. The academic year is traditionally divided into semesters. University of La Sabana has affordable bachelor’s programs that cost less than 1,000 USD/year. Those who wish to continue their studies at a master’s level should expect to spend at least 1,000 USD per year. Despite the tuition gees being quite low, the students often participate in scholarship programs. More information regarding tuition, admission and programs is available on the official website http://www.unisabana.edu.co.

The composition of the university. University of La Sabana is average in size with a capacity of 12 thousand students. The admission committee accepts the applications from foreign citizens. Foreigners make about 4% of all students. The Approximate number of specialists teaching at University of La Sabana is 609. The students may participate in various student exchange programs. The university is also present on social media platforms: Twitter, Youtube, Facebook, Linkedin.

Infrastructure of University of La Sabana. The students have access to the university’s library.
Despite the ongoing pandemic and current political agenda, admission to foreign universities will continue under normal conditions.
Free consultation UniPage services
Location on map 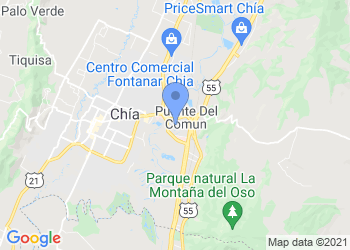 La Universidad de La Sabana is a non-profit private institution of higher education, work of the corporate apostolate of Opus Dei, founded in Colombia on September 1979. It´s extensive campus (78 hectares) is located in the town of Chía, which is located 20 minutes from the capital. La Universidad de La Sabana is part of a small group of institutions of higher education in Colombia with High Quality Institutional Accreditation. The University offers 75 academic programs: 19 undergraduate, 30 Specializations, 25 Masters and 1 PhD and has 311 full-time teachers (82% with PhD or Masters). La Universidad de La Sabana has 8,800 undergraduate and graduate students. One of its strengths is the Personalized Guidance offered to the students as an integrated formation strategy. La Universidad de La Sabana has a strong scholarship program that annually awards more than 2,800 scholarships to undergraduate students; it is highly recognized nationally for its leadership in internationalization. The University has over 90 agreements of student exchange with different countries. It offers a Spanish course for foreigners, in which more than 700 international students have been enrolled in the last five years, and Short Summer Courses that offer the opportunity for students to learn about...

Free consultation Why choose UniPage
Universities related to University of La Sabana
Universities in this country
Information is exploratory. For accurate information, refer to the official website of the school.
Advanced search
Showing 1-5 of 333 items.