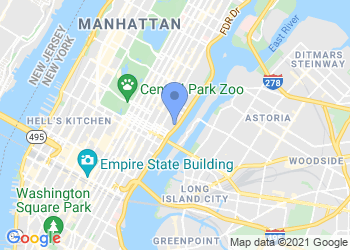 University ranking. The university is in the top 5% of the most prestigious educational institutions on the planet. Rockefeller University is considered to be one of the best in "Life Sciences and Medicine", placing 85 in the international rankings in that area.

Application process and the cost of tuition. The academic year is traditionally divided into semesters. The tuition fees are quite steep. A year of bachelor studies at Rockefeller University will cost you at least 25,000 USD. With that in mind the university provides remarkable students with scholarships and grants. On the official website (http://www.rockefeller.edu) of the university you can find a more accurate information regarding the tuition fees of different programs.

The composition of the university. Rockefeller University is a small educational institution, with approximately 200 students. Foreign applicants are not excluded from the admission process. The ratio of foreigners is about 25%. The teaching staff of Rockefeller University is composed of 497 academic specialists. The academic staff mainly consists of foreign specialists You can meet the students by following the university on social media: Twitter, Youtube, Facebook, Linkedin, Instagram.

Infrastructure of Rockefeller University. The students have access to the university’s library. Students can apply for a dormitory. Furthermore the university has dedicated facilities for sports, physical education and sporting events. The university is included in the Association of Independent Research Institutes.

For over 100 years, biomedical science has been The Rockefeller University’s singular priority. Founded in 1901 by John D. Rockefeller as The Rockefeller Institute for Medical Research, it was the first institution in the United States devoted solely to understanding the causes of disease. Today, renamed The Rockefeller University, it is one of the foremost research centers in the world, with a world-class faculty. The graduate program admitted its first students in 1955, and since then more than 1,000 scientists have received degrees from Rockefeller. As a Rockefeller graduate student, you will be part of a diverse community of over 2,000, including students, postdocs, faculty and administrative staff. Though Rockefeller is a small school, our location adjacent to Weill Cornell Medical College, NewYork-Presbyterian Hospital and Memorial Sloan-Kettering Cancer Center puts us at an epicenter of scientific activity. Our students truly have the best of both worlds: a personal, highly flexible training program and access to a broad range of collaborators and resources.

A Century of Science for the Benefit of Humankind Founded by John D. Rockefeller, the Rockefeller Institute for Medical Research was incorporated on June 14, 1901. It was the first institution in the United States devoted solely to biomedical research--to understanding the underlying causes of disease. Today, renamed Rockefeller University, it is one of the foremost research centers in the world, contributing to 23 Nobel Prizes as well as numerous other awards. In its first century of accomplishment, Rockefeller was a leader in basic scientific research and graduate education. Among their many breakthroughs, world-renowned scientists at Rockefeller have Discovered that genes are made of DNA. Found the Rh factor in blood. Pioneered the physiology and chemistry of vision. Demonstrated the connection between cholesterol and heart disease. Developed vaccines against meningitis. Introduced methadone to manage heroin addiction. Discovered that distribution of proteins to various cellular compartments is accomplished by a "ZIP code" system.