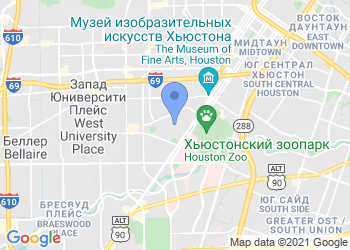 University ranking. Rice University is often found in the rankings of top United States’s 40. The university can boast a strong track record, ranking 40 in the national ranking of United States. The most popular programs of Rice are: «Arts and Humanities», «Engineering and Technology», «Life Sciences and Medicine», «Natural Science», «Social Sciences and Management», «Mathematics», «Physics», «Chemistry», «Computer Science», «Economics & Business». The university is famous for its high education quality ranking in the top 300 in the international rating.

Application process and the cost of tuition. The certificate of prior academic performance along with exam results is required for submission by the admission committee. It goes without saying that Rice University is a very selective educational institution, accepting only 1 out of every 5 students. The academic year is divided into semesters. The tuition fees are quite steep. A year of bachelor studies at Rice will cost you at least 39,000 USD. Those who wish to get their master’s degree here should be ready to spend at least 39,000 USD per year. Despite this the students can apply for scholarships provided by the university. When planning your education, please, consult the official website of the university http://www.rice.edu.

The composition of the university. Rice University is average in terms of student capacity, teaching the maximum of 7 thousand students. The university accepts both local and foreign students. More than a quarter of students came from abroad. At Rice the academic staff counts 936 various specialists. The amount of foreign specialists is very considerable. Rice has exchange agreements with many educational institutions. You can follow the university on social media to learn more about its life: Twitter, Youtube, Facebook, Linkedin.

Infrastructure of Rice. The university has a dedicated library. The campus dormitories that can be offered to the students upon request. It is worth noting that in addition to being a part of the 568 Group, the university also has a membership in the Association of American Universities (AAU) and Oak Ridge Associated Universities (ORAU), Sport affiliations and memberships: National Collegiate Athletic Association (NCAA).

Rice University, a privately endowed, nonsectarian, coeducational institution, was founded in 1891 as the William Marsh Rice Institute, dedicated to the advancement of letters, science, and art. The university occupies a 300-acre tree-lined campus located one block northwest of the Texas Medical Center and approximately three miles southwest of Houston's central business district. With an undergraduate enrollment of 2,700 and a graduate enrollment of 1,800, Rice's student body is relatively small. The overall student-teacher ratio is less than 10:1. Houston is the fourth largest city in the nation and the leading commercial, financial, and industrial city of the South and Southwest. In addition to Rice, there are seven other colleges and universities located in Houston. The Texas Medical Center contains the largest concentration of health care facilities in the world. It is the site of a number of major medical schools including the Baylor College of Medicine, the Texas Woman's University, Texas A&M Universities' College of Nursing, and the University of Texas's School of Medicine, School of Public Health, and Dental Branch, as well as numerous hospitals and medical libraries. The Houston Symphony Orchestra, the Houston Grand Opera, and the Houston Ballet give regular performances downtown. Several of Houston's five...