Paris Descartes University or Université Paris 5 (UP5) - public higher education institution in France. UP5 began its work in the year 1970. In the capital of France - Paris, the main building of the university has its well deserved place.

Application process and the cost of tuition. The main criterion of admission is the academic performance of the applicant. Academic year of the university consists of two semesters. The university attracts students with its low tuition costs. For example a year of bachelor studies will cost you as little as 1000 USD. If you want to obtain your master’s at UP5 this will cost you less than 1000 USD. For more accurate information regarding UP5 tuition fees please visit the official website of the university http://www.univ-paris5.fr.

Infrastructure of UP5. There is a library on the campus.
Despite the ongoing pandemic and current political agenda, admission to foreign universities will continue under normal conditions.
Free consultation UniPage services
Location on map 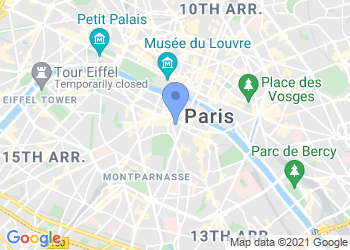 At its creation, the University of Paris 5 chose to be placed under the patronage of philosopher Rene Descartes in order to commemorate his truly modern scientific work that included all human knowledge and accordingly the university adopted a multidisciplinary curriculum. The university provides bachelors, masters and doctorate degrees in medicine, pharmacy, social sciences and humanities. The university currently has 10 units of formation and research centres. With more than 1900 professors and over 1000 administrative staff, the university accommodates each year more than 32000 students across many campuses.