University of Nebraska Medical Center (UNMC) - public higher education institution in United States. UNMC began its activity in 1869. The main building of the university proudly stands in Omaha inside an urban campus.

Application process and the cost of tuition. The admission is based on the results of the examinations. The academic year is traditionally consists of two semesters. The tuition fees are quite steep. A year of bachelor studies at UNMC will cost you at least 20,000 USD. Those who wish to get their master’s degree here should be ready to spend at least 20,000 USD per year. Despite this the students can apply for scholarships provided by the university. The students of the university can also receive their degree online. More information regarding tuition, admission and programs is available on the official website http://www.unmc.edu.

The composition of the university. University of Nebraska Medical Center belongs to small universities, with a capacity of only 2900 students. The admission committee accepts the applications from foreign citizens. The university is also present on social media platforms: Flickr, Twitter, Youtube, Facebook, Linkedin.

Infrastructure of UNMC. The students have access to the university’s library. It is one of the members of University of Nebraska System, and American Association of State Colleges and Universities (AASCU).
Free consultation UniPage services
Location on map 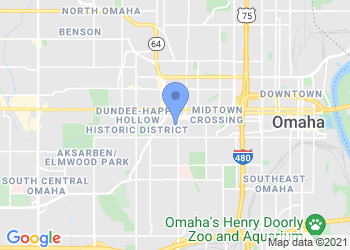