Tulane University (TU) - private nonprofit higher education institution in United States. The history of TU can be traced back to1834 . It has an urban campus located in New Orleans.

Application process and the cost of tuition. In addition to the results of the examinations the applicant must submit a certificate of the previous academic performance. The competition is quite mild with a ratio of 1 to 3. The academic year consists of two semesters. Obtaining a bachelor’s at TU is anything but cheap with tuition fees of 45,000 USD per year. A master’s degree of TU will cost a student a significant sum of 45,000 USD per year. Despite this the students can apply for scholarships provided by the university. TU is one of the universities that offers online education. When planning your education, please, consult the official website of the university http://tulane.edu.

The composition of the university. Being a medium scale university, Tulane University teaches more than 11 thousand students. Foreign citizens can submit their applications along with the local students. Local students have the opportunity to work with foreigners. 12% of students come from abroad. The teaching staff consists of more than 1400 specialists. TU has exchange agreements with many educational institutions. You can follow the university on social media to learn more about its life: Youtube, Linkedin.

Infrastructure of TU. The library is available to all of the students. The university also provides dormitories for those who need them.
Despite the ongoing pandemic and current political agenda, admission to foreign universities will continue under normal conditions.
Free consultation UniPage services
Location on map 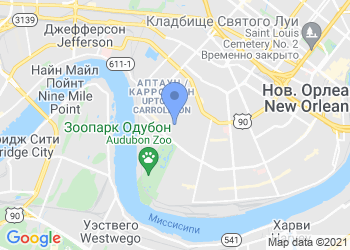 The forerunner to Tulane University — the Medical College of Louisiana — was founded in 1834 as the Deep South's second medical school. By 1847, the public University of Louisiana was established, and the Medical College was joined by a law department (now School of Law) and a collegiate department (now Tulane College). Tulane was established as a private university in 1884 when the public University of Louisiana was reorganized and named in honor of benefactor Paul Tulane, a wealthy merchant who bequeathed more than 1 USD million to endow a university for the city where he had earned his fortune. This newly-formed institution included schools of liberal arts and sciences, law, medicine and graduate studies. In 1886, Josephine Louise Newcomb founded Newcomb College at Tulane as a memorial to her daughter, Harriott Sophie. Newcomb College was the first degree-granting women's coordinate college in the nation, and the Newcomb/Tulane model was later emulated by institutions such as Pembroke/Brown and Barnard/Columbia. In 1894, Tulane University, then located in downtown New Orleans, moved to uptown New Orleans. That same year the School of Engineering was established with its inaugural classes on the campus, including Tulane's first architecture classes. The independent architecture department opened...

Welcome to Tulane University. Founded in 1834, Tulane is one of the most highly regarded and selective independent research universities in the United States. A member of the prestigious Association of American Universities, we take pride in being a part of this select group of universities with “pre-eminent programs of graduate and professional education and scholarly research.” Our schools and colleges offer undergraduate, graduate and professional degrees in the liberal arts, science and engineering, architecture, business, law, social work, medicine and public health and tropical medicine. Research in many disciplines has flourished at Tulane through the establishment of centers such as the Newcomb College Institute, the Roger Thayer Stone Center for Latin American Studies, the Middle American Research Institute, the Tulane/Xavier Center for Bioenvironmental Research, the Murphy Institute, the Tulane Cancer Center, the Tulane Center for Gene Therapy and the Newcomb College Center for Research on Women. The university is ranked by the Carnegie Foundation for the Advancement of Teaching as a university with “very high research activity.” Of more than 4,300 higher educational institutions rated by the foundation, Tulane remains in a prestigious category that includes only 2 percent of universities nationwide. Tulane strives to connect its values and mission to the needs of the city of New Orleans, the state, and the nation. Community involvement is now more important than ever as the university participates in the rebirth of New Orleans. Faculty and staff lend their expertise to rebuilding efforts and students gain real-world experience while putting their skills to use in the community. The undergraduate experience is marked by close student-faculty interaction, a variety of campus programs, and a diverse student body representing all 50 states and 40 different countries. Tulane undergraduates will have full-time faculty teaching them right from the start. When you combine that kind of educational experience with the opportunity to be involved in the largest urban renewal project ever undertaken in our country, you get a college experience found only at Tulane, only in New Orleans. Tulane is the largest private employer in New Orleans. The university is dedicated to attracting and retaining the very best faculty, staff and students as we move forward toward our goal of universal recognition as one of the world’s most preeminent educational and research institutions. Tulane University is accredited by the Commission on Colleges of the Southern Association of Colleges and Schools to award associate, baccalaureate, masters, doctorate, and professional degrees. Contact the Commission on Colleges at 1866 Southern Lane, Decatur, Georgia 30033-4097 or call 404-679-4500 for questions about the accreditation of Tulane University