Charles University in Prague or Univerzita Karlova v Praze (UK) - public higher education institution in Czech Republic. UK began its activity in 1348. The main building of the university is located in Prague inside an urban campus.

University ranking. This educational institution is rightfully renowned worldwide as international rankings call it the best in Czech Republic. Charles University in Prague is one of the oldest and most renowned universities of Czech Republic. The university can boast a strong track record, ranking 10 in the national ranking of Czech Republic. The most popular programs of UK are: «Arts and Humanities», «Engineering and Technology», «Life Sciences and Medicine», «Natural Science», «Social Sciences and Management», «Mathematics», «Physics». The university is considered to be among the best in the quality of education and ranks in the top 200 in that criterion. Thanks to its high educational standards the university graduates are quite popular among employers of Czech Republic and the world.

Application process and the cost of tuition. The students must pass examinations in order to enroll to the university. It is worth noting that the university has a liberal admission policy accepting 1 out of 3 applicants. The academic year is traditionally divided into semesters. A year of bachelor studies will cost you around 3,200 USD. Doing your master’s studies at UK is not cheap - a year of studies will cost you 3,200 USD. In addition to low tuition fees the university provides the students with extra financial assistance in the form of scholarships. The university offers online degree programs. This format proved to be quite popular among the students. The official website of the university (http://www.cuni.cz) can offer more accurate pricing information depending on the chocen program.

The composition of the university. Charles University in Prague is a big educational institution, attended by more than 51 thousand students. Being a foreign citizen does not exclude you from the admission process. Among the students every 7 is a foreigner. The academic staff of UK includes more than 4 thousand teachers and professors. Both students and the academic staff can participate in the university’s international exchange programs. You can find the university on Twitter, Youtube, Facebook, Linkedin, which might tell you more about the day to day life of UK.

Infrastructure of UK. The university has its own library. For those who require accommodations dormitories on and off campus are offered.
Despite the ongoing pandemic and current political agenda, admission to foreign universities will continue under normal conditions.
Free consultation UniPage services
Location on map 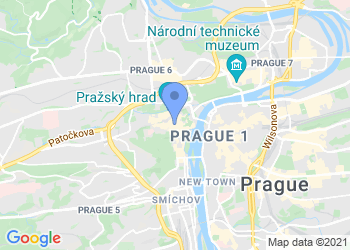 Charles University was founded on the 7th of April 1348 by a charter of Charles IV, King of the Romans and of Bohemia. In this way one of the three great ideas of Christian medieval times universitas was fulfilled. Thanks to Charles foresight and his good relations with Pope Clement VI, the newly founded university had four faculties theological, legal, medical and arts a pattern which corresponded to medieval concepts of a complete university. The university was based on the Sorbonne model and it is the oldest university in Central Europe. Over the centuries, as with all other universities, CU has experienced periods of great success, and times of trouble and decline. Our Alma Mater, founded in the hope that it would serve the nation forever, is now a leading educational and scholarly institution that remains true to its ancient traditions. Its seventeen faculties educate over 50,000 students; teaching and research is carried out by hundreds of specialists in the various disciplines. The prime purpose of Charles University is the diffusion of learning and protection of acquired knowledge, the cultivation of free thought, independent academic research and the arts, and the encouragement of the free creative spirit of humanity.

Description of Charles University in Prague

Charles University in Prague was founded in 1348 and is one of the world's oldest universities. Charles University strives to become the top quality centre of education and learning, independent knowledge culture and creative activities. It endeavours to play a key role in the scholarly, scientific, cultural, social and economic development of the society and to be the place where lasting values, knowledge and skills are maintained and transmitted to future generations of researchers and leaders in the economy, healthcare, culture, public and state administration. Its main priority is the development of scientific and research activities and improvement of its position among top research universities. Charles University belongs to the 2 % of the world's top universities, a fact that has been confirmed repeatedly by the international university rankings. High quality of all study programs, mainly at master and doctoral levels, stems from systematic focus on students' scientific and research activities. High quality science and its connection with education should be a standard in every discipline. Strong support has been devoted to education of young researches. The doctoral study programmes are cornerstones in this aspect. Another crucial value of the university is its openness. It aims to achieve high standards in international joint research projects and to be open to talented students, outstanding teachers and scholars from home and abroad. The university is dedicated to international co-operation with prestigious educational and research institutions. Charles University has signed many partnership agreements with a number of the first 100 universities in the ARWU rankings.
Charles University is an accredited public university, and so an autonomous scientific and educational institution. It is headed by a Rector, while the Academic Senate is its supreme self-regulating academic body. Its other bodies include the Scientific Council and the Bursar, and the Board of Trustees which is responsible for the implementation of public interest in Charles University's policies. The Collegium consisting of the vice-rectors, the bursar and the chancellor make up the advisory body of the rector. The faculties are governed by deans who enjoy a large measure of self-governing competences. Other component parts of Charles University are managed by their directors.
Nowadays it consists of 17 faculties (14 in Prague, 2 in Hradec Kralove and 1 in Plzen), 3 university institutes, 6 further centres for educational, scientific, research, development and other activities or for provision of information services, 5 university-wide special facilities and the Rectorate as the administrative centre of the whole university.
Charles University covers the full spectrum of fields – medicine, pharmacy, science, humanities and social sciences, theology and sport at bachelor, master and doctoral levels. There are more than 300 accredited degree programmes and 650 study disciplines. Approximately 19,000 are studying in bachelor's programmes, 25,000 in master's programmes and 7,700 in doctoral programmes. Almost 7,800 students are from abroad. Various courses in lifelong learning programmes organised by CU attract more than 20,000 people each year. CU has 8,100 employees, 4,700 of these being academic and research staff. Almost 51,000 students are studying at CU (which is more than 13 % of all students in the Czech Republic).

The status of Charles University can also be characterized by its income, which is roughly 9 billion Czech crowns per year. Roughly one third of this amount comes from educational funding, one third from competitive research grants, and the last one is its own income