University of Pittsburgh-Pittsburgh Campus (Pitt) - public higher education institution in United States. Pitt began its activity in 1787. It has an urban campus located in Pittsburgh.

Application process and the cost of tuition. For evaluation the university uses the applicant's academic performance and examination results. The chances of successful admission are very high as 64 percent of applicants get enrolled but that number may vary depending on the faculty. The academic year in Pitt is divided to 2 academic semesters. The cost of tuition for the bachelor’s programs is around 17,000 USD per year. Doing your master’s studies at Pitt is not cheap - a year of studies will cost you 21,000 USD. With that in mind the university provides remarkable students with scholarships and grants. The university also offers an online format of study for the students who are interested. For more accurate information regarding Pitt tuition fees please visit the official website of the university http://www.pitt.edu.

The composition of the university. University of Pittsburgh-Pittsburgh Campus is a big educational institution, attended by more than 28 thousand students. The admission committee accepts the applications from foreign citizens. The university has about 9% of foreign students. More than 4 thousand teachers are employed by the university. Foreign specialists are the majority of the academic staff. The university offers international student exchange programs, made possible by the vast network of partner educational institutions and companies. The university social media pages cover student life, recent events and more: Twitter, Youtube, Facebook, Linkedin.

Infrastructure of Pitt. The university has a dedicated library. The campus dormitories that can be offered to the students upon request.
Despite the ongoing pandemic and current political agenda, admission to foreign universities will continue under normal conditions.
Free consultation UniPage services
Location on map 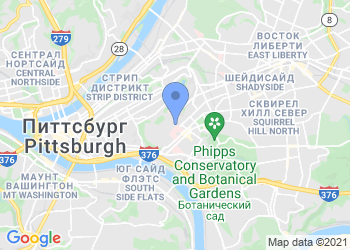 Founded in 1787 as a small, private school, the Pittsburgh Academy was located in a log cabin near Pittsburgh?s three rivers. In the 219 years since, the University has evolved into an internationally recognized center of learning and research.

Founded in 1787 as a small, private school, the Pittsburgh Academy was located in a log cabin near Pittsburghs three rivers. In the 219 years since, the University has evolved into an internationally recognized center of learning and research.

Description of University of Pittsburgh