Application process and the cost of tuition. The enrollment is based on the exam results. High competition at Vita-Salute San Raffaele University allows only 1 out of 10 applicants to be accepted. Vita-Salute San Raffaele University chose to divide its academic year into semesters. After passing a rather difficult admission process, the students can count on financial support in the form of a scholarship.

The composition of the university. 2500 students attend Vita-Salute San Raffaele University which puts it in the group of small universities in the classification. Foreign citizens can also apply to the university. The ratio of foreign students at UniSR is 4% of all students. 451 specialists are employed by the university. A variety of international student exchange programs are available at UniSR. To learn more about the student life and current events, you can always follow the university on social media: Flickr, Twitter, Youtube, Facebook.

Infrastructure of UniSR. The university has a functioning library. For those who require accommodations dormitories on and off campus are offered.
Despite the ongoing pandemic and current political agenda, admission to foreign universities will continue under normal conditions.
Free consultation UniPage services
Location on map 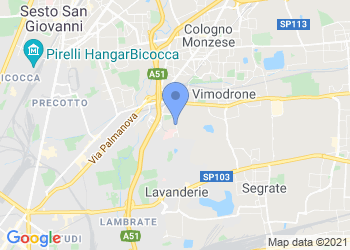