Application process and the cost of tuition. The students must pass examinations in order to get admitted to the university. It is very likely to get admitted to ZČU as there are only 2 applicants per seat. University of West Bohemia chose to divide its academic year into semesters. A year of bachelor studies will cost you around 5,300 USD. Doing your master’s studies at ZČU is not cheap - a year of studies will cost you 5,300 USD. It is important to check for current tuition fees on (http://www.zcu.cz) with the desirable faculty in mind.

The composition of the university. University of West Bohemia is medium in scale, teaching no more than 11 thousand students at a time. Being a foreign citizen does not exclude you from the admission process. ZČU has around 4% of foreign students. The education is conducted by 680 teachers and professors. The university is an active participant of international programs aimed at academic exchange of students between the educational institutions. University’s social media profiles can give you more information about the students and current events: Linkedin.

Infrastructure of ZČU. There is a library on the campus.
Despite the ongoing pandemic and current political agenda, admission to foreign universities will continue under normal conditions.
Free consultation UniPage services
Location on map 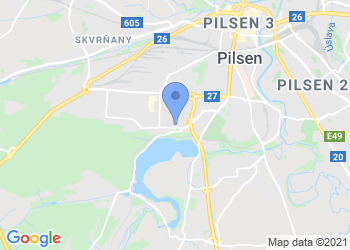 Free consultation Why choose UniPage
Universities related to University of West Bohemia
Universities in this country
Information is exploratory. For accurate information, refer to the official website of the school.
Advanced search
Showing 1-5 of 88 items.